Despite just how far mirrorless cameras have come in terms of technology and system development in the past couple of years, many people still stick to DSLRs. However, they are starting to look more closely and with more curiosity at mirrorless cameras. Both Sony and Fujifilm use APS-C sized sensors with a 1.5x crop factor and both systems have a fast 35mm lens in the form of the 35mm f1.4 and 35mm f1.8 OSS. To aid those that are considering purchasing into one system or another (and to quell lots of questions like this popping into our emails as of late) we’re doing a very informal but informative comparison of the two lenses.

In order to get the best results, a proper tripod was used. In this case, the Vanguard GH-200 Pistol Grip head was placed on the Auctus Plus 283CT.

All images were then taken into a Macbook Pro Retina 13 inch laptop and the focus was double checked with the laptop mirrored to a television using Apple TV.

The scene was set up and illuminated by the Einstein E640 and the Westcott 7 foot umbrella. Then the Auctus Plus 283CT was placed down with the Pistol Grip attached. The Fujifilm X Pro 1 was placed down onto the head and the height of the tripod was adjusted accordingly. The camera was set to ISO 200 and to aperture priority. Images were then taken at f2, f2.8, f4 and f5.6. This process was repeated over again with the Sony NEX 5R and 35mm f1.8 OSS.

After this, the images were brought into Adobe Lightroom and after absolute focus checking on a larger monitor, they were exported at 2MB large and 72 DPI to simulate a real life experience of web uploading. Why nothing larger? How many people upload 42MB Tiff files to the web for their portfolio display? 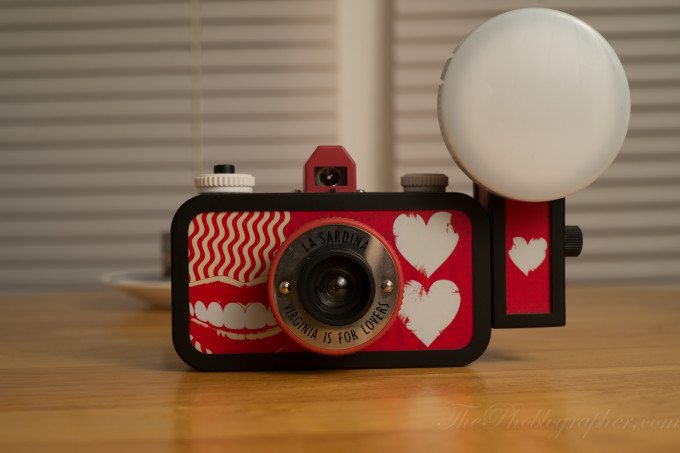 What does any of this matter? First off, we’re not trying to encourage pixel peeping and measurbation per se, so we’ll leave that to you and your own devices (because some of us probably need devices to measurbate.) However, DSLR users and anyone looking to get onto the mirrorless camera bandwagon should consider lens options as they’re what make a system.

On one hand, Fujifilm has been making lenses for longer than many of us have been born. They’re quite good at it and their glass is even used in Hasselblad lenses.

On the other hand, Sony has been turning head with their new NEX system, technology, and lenses. However, the 35mm f1.8 OSS isn’t a Zeiss branded lens–which means that this lens was all developed by Sony.

So what does any of this have to do with taking better pictures? Sharper lenses often can help you to yield better images and when combined with creative freedom can yield you more keeper shots. This goes double for those of you who don’t like doing a lot of post-production (or any at all.) For the rest of us that spend lots of time in editing software, we know it doesn’t matter because of just how excellent the software is these days.

But if we really had to pick an image from both system, it would be Fujifilm. The X Trans Sensor is capable of resolving so much detail it’s insane. The other night, the X Pro 1 was my choice for shooting a concert gig. I have to admit, I was a bit wary of using it and having a client come back and yell at me for what they paid me. As unprofessional as that may sound, remember that it is the creative who takes the photos in the end.

As far as this test goes, Sony has done great things with their lenses, sensors and cameras. But in terms of pure image quality, it still can’t stack up to Fujifilm.