This past week at Photo Plus 2012, Canon invited journalists out to a special event. They gathered two former Top Chef winners and had them compete against one another in a cook-off. Journalists were free to wander the facilities and also were treated to prints of one of their images. Different cameras and lenses were available. Since I’m currently reviewing the new 24-70mm f2.8 USM II L, I decided to put that on the 1D X and also use my 580 EX II despite there already being quite a bit of light available.

In general, I kept the ISOs down to ISO 400, and had the flash pointed in different directions for various creative lighting techniques. The lens was also usually kept somewhere between f2.8 to f5.6. The Canon 1D X is the company’s top of the line stills camera; and man does it focus pretty darned quickly. In the short time that I was using it though, I couldn’t figure out how to set it so that I didn’t have to press a button and then move the joystick around to change the focusing point. In general, my favorite setup is to just move the joystick. I blame this on the newly revamped menu system; and man are those menus deep.

Still, it wasn’t problematic enough for me to not accomplish the job. The focusing on the camera was very fast with the new 24-70mm f2.8 L USM II. I didn’t have a single issue with misfocusing at all either; but that could also be due to the fact that there was already quite a bit of lighting in the area. Photographing these chefs was also quite a fast and furious affair. I almost thought of it as a bit reminiscent of photographing a dancing session at a wedding. 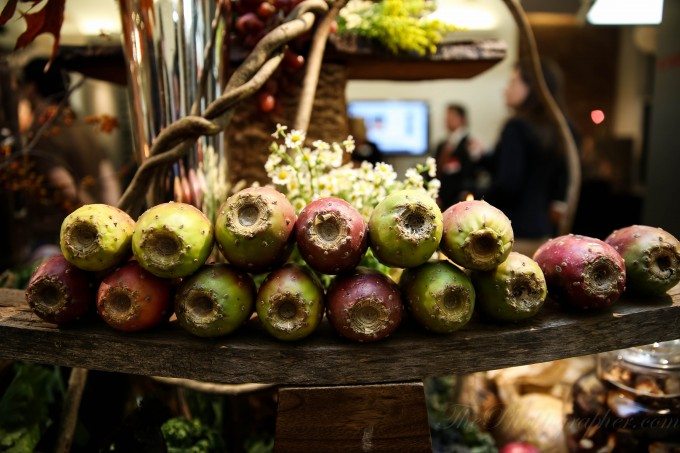 As a Canon owner, I’m already quite familiar with their higher end DSLRs like the 1D X flagship. In fact, last year is when I first got to play with the camera. For 1 series camera users, everything will feel and look very familiar. For those moving up to the camera, expect to run into a couple of small obstacles that you’ll need to hurdle over. One example is the super deep menu system that honestly provides a ridiculous amount of control that I would almost never see myself using. I believed the same thing about the 5D Mk III. While photographing the competitors, it was really just a matter of adjusting my settings, choose the right focusing point, and creating an interesting image. This was simple, and the 1D X was not a problem to use.

Here are some image samples: There is no doubt in my mind that the 1D X is super speedy as I’ve tested. I chose not to test out the high ISO settings either because of the fact that if I were to shoot something like this professionally, I wouldn’t trust ambient light; I’d want to create my own.

Coupled with the new lens, we can clearly see just how well the trio performs at not only nailing focusing, but achieving excellent image quality that will more than satisfy both you and your clients.

We’re waiting for a review unit and will put it through its paces when we get it.