Hey everyone, just wanted to say that we’re very excited to welcome Sander Martijn and Mike Pouliot to the staff of The Phoblographer.

It’s come to my attention over time that people don’t even realize that we have an entire staff and it’s not just me. With that said, hit the jump to see the bios for everyone. 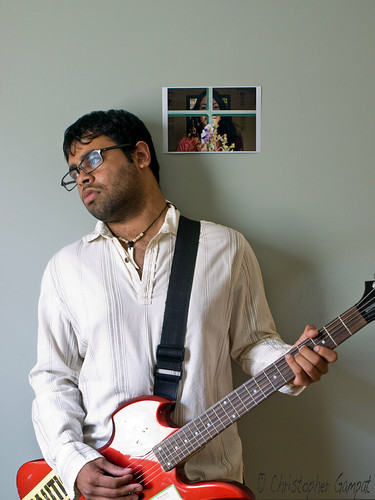 The site is run and published by Chris Gampat. He has worked for Photography Bay, Blind Photographers, PCMag, Geek.com, Magnum Photos, and MAC-On-Campus amongst others. He’s had photos in the NYTimes and all across the web and publishing world. If you’d like to contact Chris or are more interested in how he can help you, promote/review your product, contact him at ChrisGampat[at]thephoblographer.com. Chris lives in the NYC area and is always happy to work with new vendors.

Gevon Servo, aka @GServo, is a New Jersey resident. For thirteen years, he has been a questionable mannered computer geek for a Major Mass Transportation company in New Jersey. The rest of his time he is a Coffee loving, Beer Appreciating, Comic Book Fan boy and Photographer. Yes, somewhat eclectic.

On His site Gservo.com, Gevon mostly writes about his photography life but also occasionally writes for DailyShotofCoffee.com. Gevon’s work was recently featured on Jersey Bites Weekend Post “This is New Jersey,” and can be found on the Green Screen Background on last 2 seconds of the Video Podcast of https://www.coffeenate.com/

You can email him at GevonServo[at]thephoblographer.com

Julius has a family history rooted in photography. From a photo development lab on his father’s side and a photographer for the Archdiocese of New York on his mother’s side, photography runs thick in his veins. He is a Minolta Maxxum film shooter with a bevy of lenses, and his work can be found on his flickr. Due to the Creative Commons license on his photographs, many blogs have used his photos in their posts. Photography is second nature for Julius. He also writes for Rainn Wilson’s website, SoulPancake.

You can email him at JuliusMotal[at]thephoblographer.com

Due to an intense dislike of crashing, Nigel Paterson had to skip becoming a motorcycle racing superstar and settle for photographer/journalist and motorcycle magazine publisher. His work has been published in ProPhoto, Australian Penthouse, Geare and Camera (the Australian editions) in addition to the various motorcycle magazines he’s worked for. Experienced with everything from compact digital to 5×4-inch film cameras, Nigel is most at home with a 300mm f/2.8 and a fast burst rate. Nigel is based near Newcastle, Australia, currently uses Canon, Multiblitz and Olympus digital gear, has a small studio and posts one image each day to his website, www.myphototoday.com. His motorcycle magazine can be found at www.cycletorque.com.au.

You can email him at NigelPaterson[at]thephoblographer.com Sander-Martijn photographs people. His focus is primarily on fashion and music. Based out of New York he also enjoys traveling around the world to capture people in unique environments. To date he has shot in ten countries and across the US on various projects. His work has appeared in magazines, online publications and album covers to name a few.

With a passion for exploring the ways photographic techniques can be exploited to tell a story or convey emotion you’ll find Sander most at home in the studio with an array of light modifiers at his disposal. You can view his work at https://sander-martijn.com/ and his thoughts about inspiration and style at https://thoughts.sander-martijn.com/ Due to his proximity to Boston and his love for the city, Mike spends most of his time photographing urban scenes and life within these areas. Along with photography, Mike has a love for gadgets and technology which made the step from film to digital a natural and welcomed progression. When not at work or out shooting, you’ll likely find Mike out on the golf course or at a Red Sox game.

Mike’s photography can be seen on Flickr at: mpouliotphoto

All content on ThePhoblographer.com and its subsites are under a Government Copyright.