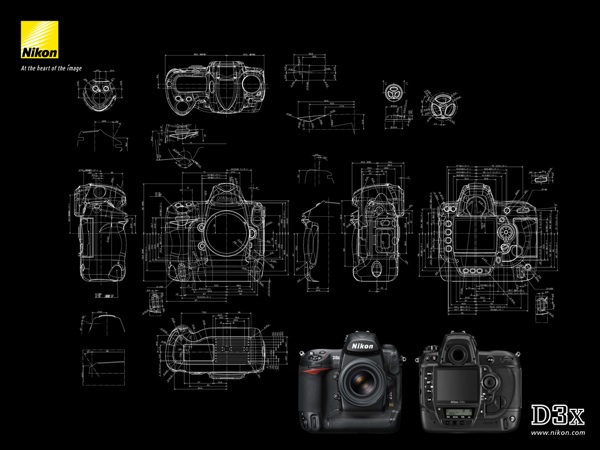 After spending a long time with the Nikon D3x, the review is finally over. The D3x is an excellent camera with an excellent build. However, it seems a bit too niche for most photographers. More conclusions after the jump.

Day 1: Sal Cangeloso over at Geek.com had essentially the same findings that I did.

Day 2: Focused on street fashion photography while also putting it in the hands of a friend that is a season Nikon pro. She loved it. However, upon hearing about the D3s a bit more, she thought that that would be better for her needs.

Many more days of testing were done with this camera, but there was nothing significant that was worth sharing on this blog.

The Nikon D3x is a truly remarkable and wonderful camera. The 24MP sensor captured incredible amounts of detail especially when paired with great lenses like the 70-200mm F2.8 ED VR II. It retains the crop sensor area feature of the D3s which is very useful.

The build of the camera is phenomenal. The D3x is a camera that is very competitively and squarely aimed at high end studio photographers that typically use medium format cameras but would like something more affordable and with a larger range of lenses to select. In this case, it accomplishes the job very well and this is also said in its build quality. Medium format cameras are build extremely well and can withstand horrific abuse. The D3x feels like it can although I didn’t exactly want to throw it down a flight of stairs.

The D3x retains the same autofocus system on the D3s. It is smart, fast, accurate and very reliable. Nikon really did everything they could to get this feature correct and to astound users.

The 5fps shooting is decent, but it will probably be too much for the photographer that typically shoots in studio with excellent lighting. However, it could work very well for photographers that shoot weddings with medium format systems and have their subjects move around in order to achieve the shot that they want.

The high ISOs on this camera are both unacceptable and understandable. For one, it is Nikon: a company known to have some of the best High ISO images around. To be fair, the 24MP sensor doesn’t have much room for noise processing. On the contrary, the Canon 5D Mk II has 21MP and processes noise like the D3s.

For usage, this camera is once again very niche. Photojournalists, event photographers, concert photographers, and others will not accept the high ISO output. Therefore it is probably best suited towards studio photographers and photographers that know that they will always have the very best lighting available to them.

The only other real competitors to this camera are the 5D Mk II, Sony A900 and A850 on the low end. Most people reading this blog don’t shoot with medium formats like Hasselblad, Phase One, Pentax and Leica.

For what it’s worth all three cameras are much cheaper. They all have better high ISO abilities as well. Their autofocus system is not as finely tuned and the Nikon’s though. Nor can their build quality stand up to what the Nikon D3x is capable of doing. However, they do have many more lenses available. Canon’s EOS system is very large and Sony has access to Minolta, Zeiss and Sony lenses. The Sony A900 has also been temping wedding and studio photographers, especially with access to Zeiss glass.

The Sony A900 is capable of shooting up to 5fps, though it doesn’t always do that. The Nikon D3x can though in nearly any situation.

The D3x gets my recommendation from anyone that wants to move up to medium format but doesn’t want to spend incredible amounts of money in the system.