All images by Sacha Goldberger. Used with permission.

Photographer Sacha Goldberger was an art director in the advertising world for 15 years. These days she’s a photographer who works on very interesting and creative projects. On a recent collaboration, she teamed up with her head costume designer Jackie Tadeonie to create a special superhero project called Super Flemish. Sacha has been working with superhero ideas for the past five years for her other project: Mamika. But this time around, she wanted to do something different. So with Super Flemish, Sacha and Jackie worked together to adapt costumes to the 16th and 15th centuries.

The lighting in the scene is influenced by Flemish paintings–as were the poses in many ways. To show the models what they wanted, Sacha used a lot of Rembrandt paintings. The models came up with certain poses then Sacha directed them a bit more.

The images convey Batman, the Hulk, Superman and even some villains like the Joker. Overall, they’re quite telling and give us a unique an very cool idea (with the exception of that time that Bruce Wayne travelled through time to get back to the present.)

Sacha’s images are after the jump.

END_OF_DOCUMENT_TOKEN_TO_BE_REPLACED

5 Tips on How To Shoot Great Halloween Photos 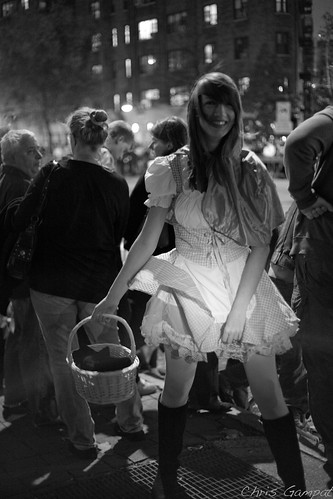 Boo! Fall is in the air and Halloween will be coming soon. As the holiday where everyone decides to go out all dressed up, it naturally presents itself as one of the best holidays for photo opportunities. If you’re strictly the photographer this Halloween, you’ll have less to worry about. If you’re taking photos and are out partying then you’ll probably have a bit more trouble since your attention will be a bit more split. Here are some tips to ensure that your photos come out great looking.