The Shutters of Film Camera Shutters in Super Slow-Mo Photographer Rio Akasaka is the Canon Film guy, and he recently shared a very interesting video (after the jump) showing off how the shutters of old film cameras work He uses a Canon F-1, Nikon FM10, and a Canon EF and slows the video down from 240fps to a speed that lets us see how the shutters work. The result is that you can see that some cameras have vertical shutters while others have horizontal shutters.

These days, most camera shutters are vertical, though there are some that move from side to side.

For those of you interested in more, know that these are focal plane shutters. They have two curtains (shutter blades for those who don’t necessarily understand): a front and a rear curtain. The curtains open and close to expose the film. Because of the way that this works, when you introduce a flash into the mix, you can choose to set the camera to a second curtain or first curtain shutter. Second curtain flash usually lets you stop fast moving motion and allow some sort of cool blur into the scene. It’s super fun.

In contrast, leaf shutters are based in the lens and allow you to shoot with a flash at a super fast shutter speed.

END_OF_DOCUMENT_TOKEN_TO_BE_REPLACED

These 6×14 DIY Cameras Are a Landscape Shooter’s Dream 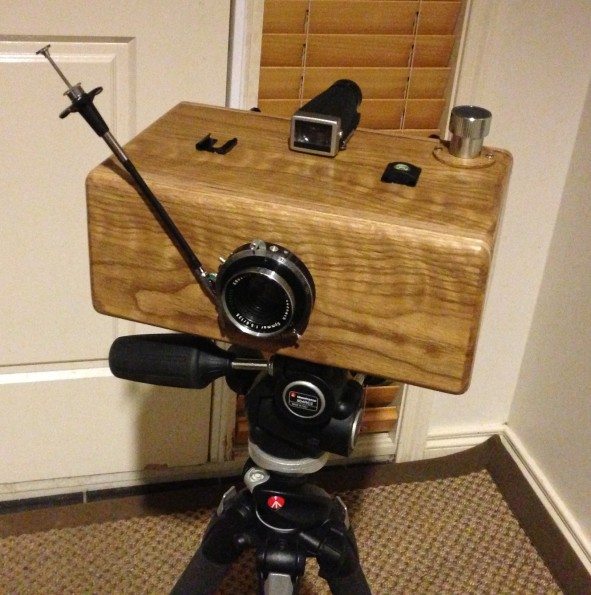 All images by Lee Lira. Used with permission.

Photographer Lee Lira is a Melbourne based creative that decided to get more involved with his photographic hobby. He became so obsessed that he decided to create a pair of 6×14 cameras. They’ve been coined the F.A.C.MKI & MKII. By today’s standards, this is a wide format size that delivers a gigantic image. So when Lee emailed us to share his creations, we decided to ask him to tell us more about them.

Here’s what he had to say.