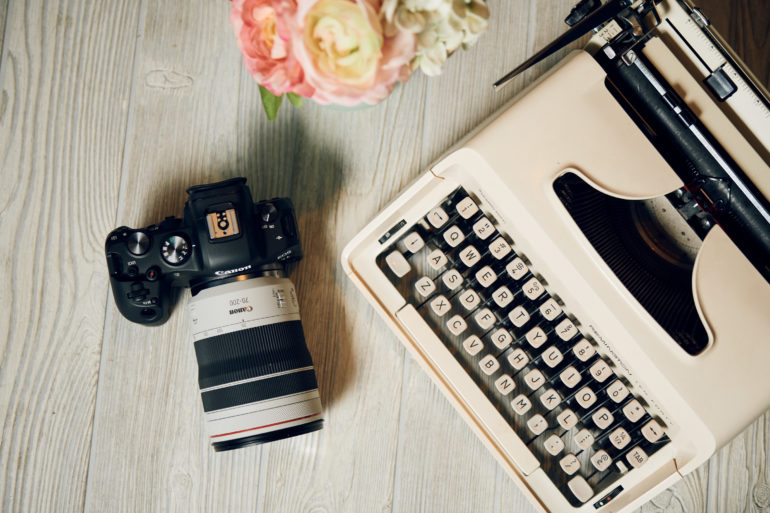 Sacrificing aperture will get you a lot while only spending a little on the Canon RF 70-200mm f4 lens.

The 70-200mm lens is a workhorse, but the optics are also workhorse-sized. The Canon RF 70-200mm f4 L IS USM is the company’s shortest and lightest to hit the category. Tipping the scales at a pound and a half, the lens promises all the zoom range with none of the backaches that come with working with a lens like the three-pound EF 70-200mm f2.8 L USM.

But, zoom lenses in this category are often so large because the optics necessary to create pro-grade image quality require it. Can the images from the Canon RF 70-200mm f4 L IS USM hold up? How does the lens compare to the bokeh of an f2.8? I spent a few weeks with the lens, shooting wildlife, portraits, and some action to see how the lens held up.

The Canon RF 70-200mm f2.8 L USM is a lighter, more affordable alternative to the 70-200mm f2.8. The lens delivers pro-level sharpness and a lack of aberration. It naturally doesn’t have quite the same level of bokeh.

I paired the lens with the Canon EOS R6.

These tech specs are taken directly from Canon’s website:

Borrowing the light gray color of Canon’s DSLR telephotos, the RF 70-200mm f4 L IS USM looks very much like a Canon. It’s Canon’s lightest and shortest in the category yet. It tips the scale at a pound and a half and is a relatively compact 4.69 inches when not extended. That’s a good size for taking along on a hike and still getting some reach to the photos. The zoom isn’t internal, so the lens is a bit longer at full zoom.

Closest to the mount is a bevy of switches. The first on the top left is the autofocus range limiter. Just south of that is the AF to manual focus switch. The last two switches made for reaching with the left hand are the stabilization on and off switch and a switch for choosing from Canon’s three stabilization modes. On the opposite side of the lens, Canon included a lock switch to keep the lens from extending in the bag.

Moving towards the front of the lens, the next control is the room ring. It has a nice, rubber-like grip, and it’s wide enough to easily access. That’s followed by a narrower focus ring with a similar texture. Finally, a control ring sits at the front of the lens. The control ring turns with a click, and the lens lacks a de-click switch. The lens also lacks a focus scale.

The 70-200mm includes a matching hood with a lock button that’s easy to use. The front of the lens accepts 77mm filters.

Canon weather-sealed this lens against dust and moisture. I put the lens out in the rain for a few minutes. I also used the lens on a very windy day on a farm with lots of dust blowing around. For both tests, the lens remained clean and functioning.

The weather-sealing gives the 70-200mm a sturdier feel. While it’s made from lightweight plastic, it doesn’t feel cheap.

The dual pixel autofocus on the Canon EOS R6 is quite good. However, the RF 70-200mm f4’s telephoto focal length brings some challenges. Despite that, the lens didn’t seem to slow the camera down. Still or slow-moving subjects were seldom soft, and the camera-lens combo could still lock on in a dimly lit room. To clarify, we got the best performance after updating to the latest firmware update. Be sure you do that with your camera!

I photographed my 8-year-old dribbling a soccer ball towards me with the aperture wide open, using Al Servo and facial detection. Between 10 and 15 percent of those photos were soft. About half of those were not the lenses’ fault: facial tracking on the R6 stuttered a bit when his face was angled away from the camera, resulting in the focus hitting the shoulders. That’s a pretty good hit rate. With the fast burst of the R6, I still had plenty of shots to choose from.

The lens also includes stabilization. Despite the longer focal length, I could still get sharp shots working in a dimly lit barn.

While beginners could just mount and shoot, the bevy of controls means photographers should take some time to familiarize themselves with the lens. You’ll get the most out of this lens if you understand Canon’s three different stabilization modes and learn how to reprogram the custom control ring.

While Canon’s f4 variant of the Mirrorless 70-200mm doesn’t deliver the same bokeh as a 2.8, the lens boasts a similar level of sharpness and lack of aberration. It delivers that pro-level quality, without quite so much bokeh, in a smaller, more affordable package.

While the lens is just an f4, the telephoto length and roughly two-foot minimum focus distance make it easy to get some good bokeh. The subject still pops from a blurred background. The backgrounds aren’t the creamy dreaminess you get with a telephoto f2.8. Points of light are rendered to soft, circular bokeh balls. I didn’t spot any onion ringing or bubble effect.

At full zoom and f4, the RF 70-200mm f4 delivers solid sharpness. I’ve seen sharper lenses from Sony and Nikon, but outside of some corner softness at the widest angle, the sharpness is pretty decent.

Shooting at full telephoto, the center is sharp, and there’s some minor but expected fall out towards the edges. However, it’s still acceptably sharp even when using the rule of thirds. The edges start to resemble that center sharpness at f5.

At the widest angle, the lens delivered that same center sharpness. That’s where the similarities end. The corners had some obvious softness. Stepping down improves the corners, but a small percentage of the corner is still soft at f5.6.

Shooting in the middle of the zoom range, the sharpness was similar to shooting at full zoom. The center was sharp, and while the edges were less so, they were still acceptably sharp.

This 70-200 has some corner vignetting that’s slight at the wide-angle and more noticeable at full zoom. However, it’s easily corrected in post if it doesn’t lend the right style to the image. (JPEGs already correct this for you.) The lens also has a slight barrel curve at 70mm that’s near non-existent at 200mm.

With the hood, flare is relatively well-controlled, though the spring weather didn’t give me a chance for an extreme test. I was able to get a bit of streaky flare on occasion.

The 70-200mm f4 handles colors well, offering tones that are relatively true to life. The lens did a little better picking up red tones than other lenses but didn’t quite capture all the purples.

From day one, The Phoblographer has been huge on transparency. Nothing from this review is sponsored. Further, lots of folks will post reviews and show lots of editing in the photos. The problem then becomes that anyone and everyone can do the same thing. It’s not showing what the lens can do. So we have a section in our Extra Image Samples area to show edited and unedited photos. From this, you can make a decision for yourself.

The Canon RF 70-200mm f4 L IS USM is an excellent compromise on the price and heft of an f2.8 lens. Weighing a pound and a half, the lens is much easier to yield and costs $1,100 less than the brighter aperture telephoto. Despite not being Canon’s top-of-the-line telephoto, I had a hard time spotting imperfections in the photos. Color is good, and you can still get some bokeh thanks to the near-two foot minimum focus distance.

While autofocus is good, you’ll need to stop the aperture down a bit if you want near-perfect focusing for action. Autofocus performance improved significantly moving from f4 to f7.1, though I still got most shots in focus wide open. The corners are soft at 70mm, even when stepping down to f5.6. At 200mm, there’s some vignetting, which is easier to edit out than those soft corners.

For the price and size, the RF 70-200mm f4 is a great lens for Canon RF shooters. I’m giving this lens four out of five stars.