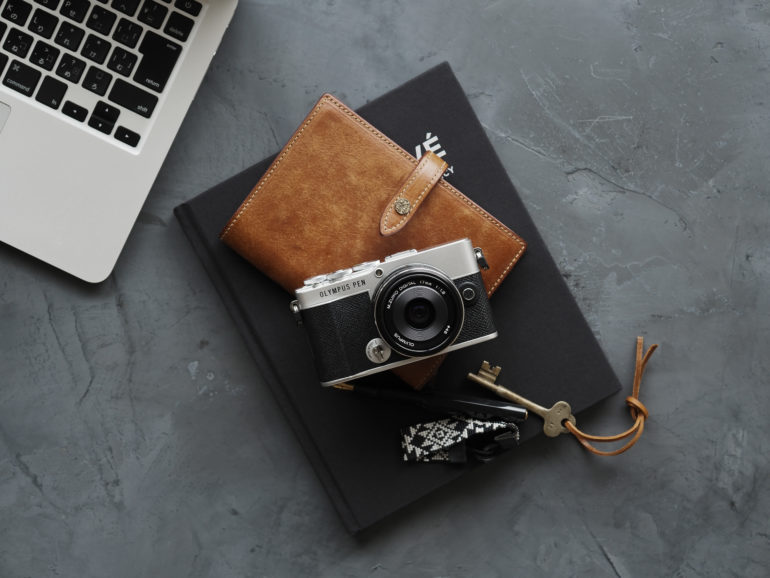 Look at this thing! Look at it! Acknowledge the fact that your heart beats just a little faster when you look at the Olympus EP7. Ergonomically speaking, Olympus has always gotten it right. And when they really want to be retro, they produce some of the most beautiful digital cameras ever made. Visually, the Olympus EP7 is the first camera from the brand to excite me since the Pen F. We’ve waxed poetically about the Olympus Pen F many times. In the years to come, the Olympus EP7 might be similar. But trust me, it’s not all just looks.

What’s on the Inside

Here’s what’s going on with the Olympus EP7’s internals.

Ergonomics and Those Dazzling Good Looks

In the past few years, I’ve helped more people realize that the romance of photography is gone. There is no sensory romance like there is with something like a new car, fine wine, etc. The feel of cameras in your hands is more or less monotonous. They all have similar shapes and looks based on an SLR design. Very few have rangefinder-style bodies. The shutters have been dampened to be super quiet in addition to a silent electronic shutter. And of course, digital doesn’t let you step into a darkroom to smell the chemicals. But the Olympus EP7 lets you experience just a bit of that.

Lots of folks have wondered why you’d pick up a Leica, for example. Then they understand the tactile experience around it. There’s something purely romantic about the idea of carefully lining up the focusing of the rangefinder. With the Olympus EP7, I’m hoping the same attention has been given to the dials and buttons. Yes, there is no viewfinder, but that’s not a dealbreaker. Very often, I’ve found myself having fun using the LCD.

Does the Olympus EP7 Hint at More?

Olympus said they were working on a high-end Olympus Pen camera. Well, I’m hoping that this isn’t the end of it all. What we’ve needed for years is a high-end Olympus Pen F with weather sealing, a nice viewfinder, a joystick, and a better sensor. Olympus has all the small prime lenses for the camera. They also like to state that their fans are wildlife and landscape shooters. I’d agree with that, but I also never thought they gave street photography a serious shot. If we can have cameras this small and this beautiful with us all the time, why would someone not carry one?

One can argue that there are also small APS-C and full-frame cameras out there. The cult of the RICOH Gr series is indeed real. But the look of Olympus Grainy Film isn’t there. Fujifilm has the X100V as well. And while that looks really nice and boasts almost full weather-sealing, it’s not a beautiful as an Olympus EP7. Finally, the Leica Q2 is far more expensive.

Unfortunately, this camera won’t be coming to the US, at least just yet. And that, more than anything else, is the saddest part of all this. In Europe, it will cost under 1,000 Euro.