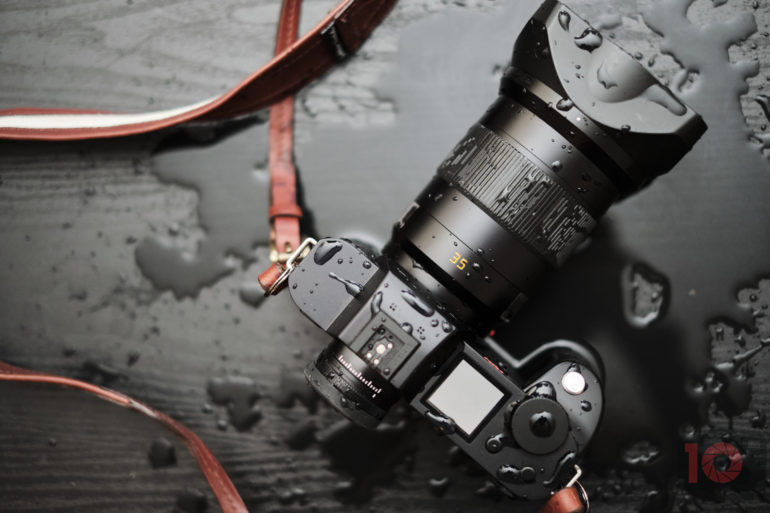 I love the 35mm focal length, and the Leica 35mm f2 Summicron SL APO is no exception to that rule. Mount it to your camera and go! You’ll have fun! You’ll know it’s there to stick by you through and through. Like many lenses for the L mount alliance, you’ll appreciate the lens for what it is, but you’ll need to understand that the L mount is still a pretty flawed system. Once it sorts itself out, this lens will be all that much better. However, you’d better make this the only lens you’ll ever use because it’s expensive.

These technical specifications have been summarized from the LensRentals listing.

The Leica 35mm f2 Summicron SL is unlike the company’s L mount lenses in design. It’s autofocus, and if anything, it looks more like a lens from the company’s S system. But it’s nowhere as large! The exterior is metal, and there’s a giant rubber ring for grip and focusing.

The front filter thread on this lens is 67mm. That will give you an idea of how large it is, or rather how moderate the size is. The optics have an AquaDura coating on them.

As always, the lens hood makes the lens look larger and more intimidating than it really is.

By and large, this is the biggest 35mm f2 lens I think I’ve ever held. And it’s odd. It feels like a small bottle of hairspray chocked full of glass. With all this said, it’s still not as heavy as other primes I’ve used for L mount. And most of all, it’s very well built. The Leica 35mm f2 Summicron SL APO is also weather sealed. So you don’t have to worry about it in the rain or most other situations.

There’s nothing particularly complicated about the Leica 35mm f2 Summicron SL APO. You mount it to a camera, point, focus, and shoot. It’s that simple. If you want to manually focus it, you’ll need to set that through the camera. Anyone that picks this lens up should know that it’s going to be business as usual.

Editor’s Note: the book, The Blind Photographer, pictured in these product photos, is a dear gift from my friend Brian. Thank you dearly for it.

Below is a quick test I did with the SL2s and Face detection with tracking.

Whenever I’ve complained about the autofocus speed of a lens, Sigma always tells me that it’s a problem of the camera manufacturer. And if that’s true, then the Leica 35mm f2 Summicron SL APO is really just problematic to itself. But with that said, I think that the entire L mount has autofocus issues.

Let’s start with the good stuff. The autofocus isn’t bad. But that’s easy to do today. Anyone and everyone are making good autofocus for their cameras. Few are making truly fantastic autofocus, though. It’s possible to get moving subjects tracked and sharp. But when shooting wide open, that’s significantly more difficult. Face detection can be fast. And the overall performance can be pretty solid for a camera system by 2016’s standards.

But then there are times that the autofocus just isn’t that awesome. Panasonic has told us that third-party lenses’ autofocus performance varies on their cameras because of the motors being used. I really just wish that the L mount cooperated and did this, though. To that end, the Leica 35mm f2 Summicron SL APO should theoretically be the fastest focusing prime lens in the L mount, right? Well, sort of. The Sigma 45mm f2.8 outdoes it as of writing this. But the Leica 35mm f2 Summicron SL APO isn’t any slouch.

I’m saying in a very sort of convoluted way that the autofocus performance is good compared to standards of a few years ago. But it’s lagging behind the competition still. This is because of the camera system and not the lens itself.

Leica says that it will be fixing this with a future firmware update. So we’ll have to see. For more on this, we encourage you to check out our Panasonic S5 and Panasonic S1 review updates.

If there’s anything that I’m sure of, it’s that the Leica 35mm f2 Summicron SL APO has fantastic image quality. Of course, we only tested it on 24MP sensors. To that end, I don’t feel like we got the most of the sharpness from this lens. However, that doesn’t mean that this is a bad lens at all. In fact, it’s probably just behind the Lumix S Pro 50mm f1.4 for sharpness.

Look at that! The bokeh is positively gorgeous. Can you go wrong? I think that portrait photographers and event photographers will surely adore the bokeh that this lens creates. Granted, be careful! Sometimes the face detection will say that it has the eye locked on. But instead, you’ll get an eyebrow or something. It’s a bit annoying for sure.

One of the best things about this lens is the color it can produce. It’s truly stunning. In my tests, I felt I got better colors straight from the Leica SL2s’s RAW files in Capture One. That’s pretty much in line with what I find with every camera system, though.

The sharpness from this lens is great when it hits the subject perfectly. There are different ways that it can do that. It all depends on the focusing modes. We didn’t test it with a flash, though. And so the lens could truly be even sharper than I already think it is.

Let’s be very real about the Leica 35mm f2 Summicron SL APO. We’re going to list off the good and then the bad.

And that’s where it ends, really. This lens isn’t redefining and reshaping the wheel or the 35mm at that. It’s not innovative, at least that I believe. But it’s surely gorgeous. Now let’s go into the bad:

Honestly, the price is one of the biggest turn-offs. If it were around $2,100, I’d say that it’s pricy. But the L mount has the Sigma 35mm f1.2 DG DN Art lens instead. So why would you get the Leica 35mm f2? You probably want something lighter. It’s not worth nearly $4,000 extra, though.