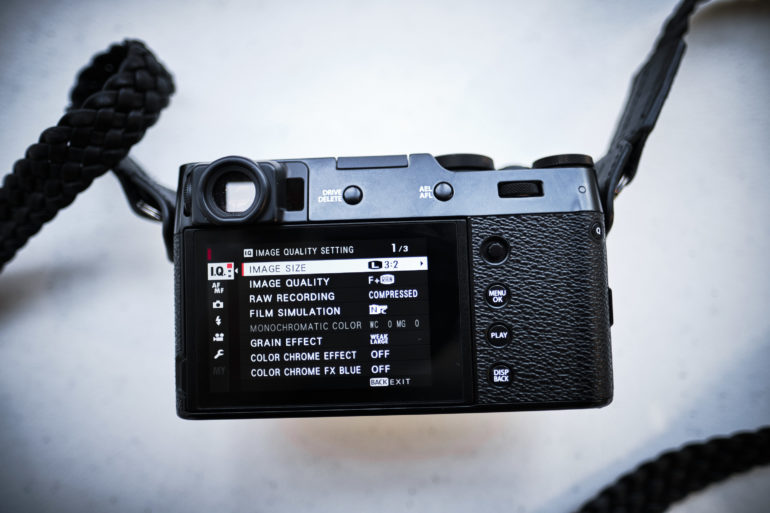 We’re sure you can relate to some of the most annoying things about cameras and lenses that we’ve found over the years.

Short product cycles have given us progress and innovations that camera and lens manufacturers sometimes screw up. Every so often, these misses make us wonder what the engineers were thinking. At best, they’re annoying quirks that leave us scratching our heads. At worst, these quirks are so egregious the camera or lens becomes too infuriating to use. Photographers pick up a specific piece of gear because they want to shoot with it, not chuck it across the room. Here are some of the most annoying things about cameras and lens that really grinds our gears.

The multiple adjustment rings on lenses shouldn’t be the same size and turning resistance. They’re a nightmare to use! With your eye in the viewfinder focused on shooting, you can easily mix up the different rings without looking. As a reviewer, the lack of standardization across lens manufacturers makes it worse. Some companies will put the aperture ring near the front element and the manual focus ring closer to the lens mount. Others opt to put them in the reverse order. Some lens rings need to be turned clockwise to make adjustments while others require the opposite. This is why zoom lenses are so complicated; with a zoom lens there’s a third dial thrown into the mix.

Turn your focus (pun intended) to manual focusing rings. Traditionally, manual focus rings and internal lens elements were mechanically coupled. You were able to make pinpoint adjustments with a simple turn. But, most modern autofocus lenses use a focus by wire mechanism. Rather than having a direct, tactile adjustment, the lens instead sends a signal. These rings are also all tuned differently–making both precision and accuracy frustrating. It’s most annoying for astrophotography or when trying to set your lens to hyperfocal.

All autofocus lenses should have a tactile focusing mode trigger. Ideally, this would be an Autofocus/Manual Focus switch, or a Manual Focusing clutch. Why do we need to dive into the camera menus to switch between the modes? It’s so much quicker to just toggle a switch or pull back on a clutch.

There really is no good reason why all lenses don’t have de-clickable aperture rings by default. Most manufacturers only include de-clickable aperture rings on their premium lenses or cinema glass. Some companies do offer paid de-clicking services. But why not just add a de-click toggle on all lenses? They barely require any room on the lens barrel. There’s also no significant increase in material costs. I’d happily pay a $10-$20 premium per lens for the convenience.

All lenses should feature some degree of weather sealing. Tamron weather seals even their cheapest prime lenses. There’s no reason why other lens manufacturers can’t do the same on pricier offerings. At the very least, the lens mount and the internals should feature some form of weather sealing. Again, charge us a small premium if needed. After some time, it will become the industry standard, and the market will get used to it.

Stop Nickeling and Diming Us

There’s a growing trend where manufacturers are not including lens hoods or tripod collars with their lenses. Seriously? Most lens hoods are made of plastic and shouldn’t cost a ton to produce. As for tripod collars, they should be included with all long zooms or super heavy lenses. Instead of making us buy them separately, just charge us the extra cost and include them in the box.

Innovations That Nobody Asked For

When Canon introduced their EOS R, they touted the new Multi-function bar (M-Fn bar). It took the place of their traditional joysticks. For Canon users, this quickly was added to the list of the most annoying things about cameras. Most photographers who shot with the EOS R hated it. While it sounds great in theory, it was needlessly complicated to use. It also offered no practical benefits over the joystick.

Every new camera should have a touchscreen that works across the board (unless you’re Leica and you decide to make another Leica M-D). Most touchscreen implementations on cameras have been half-hearted at best. Some cameras only let you use it to adjust your focus point or interact with on-screen functions. Very few cameras allow you to interact with the menu system via touch navigation. In the age of touchscreen smartphones, a camera’s rear LCD should be fully touch-capable. They should also let you scroll through images and pinch to zoom during playback like we would on our phones. The Japanese camera manufacturers have refused to do it for years. This is one of the most annoying things about cameras that have lead to a decline in sales. They’re shooting themselves in the foot.

We’d love for fully articulating screens to become an industry-standard. Tilting screens are useful when you’re photographing from above or below. Once you start shooting off-axis, however, and you’ll realize how limiting they can be. Comparatively, fully articulating screens are much more versatile. They let you frame up the shot in unconventional angles. You can also fold the screen inwards to protect it from damage. They can even flip forward. This eliminates the need for an external monitor. Canon’s had them on most of their cameras for quite some time now. Thankfully, Fujifilm and Sony are finally coming around to this as well.

The industry is saturated with SLR style camera bodies. Aside from a few exceptions, Rangefinder-style bodies don’t get nearly enough love. With the latest mirrorless cameras, pentaprisms and mirrors have been made obsolete. Since they no longer need to be built into camera bodies, there’s no reason why cameras need to look like traditional SLRs. Sigma was brave enough to try a completely new design that failed.

Why are the user interfaces on most modern cameras so cluttered? To compete against smartphones, camera companies need to seriously overhaul their UI/UX. Take a page out of Hasselblad’s book. They have the absolute best touchscreen UI on the market. Pick up a Hasselblad, and everything on the touchscreen just works. No other camera manufacturer comes remotely close in this regard. This is a longshot, but the photo industry could stand to seriously benefit from standardizing their user interfaces, menus, and even the iconography used. For new customers, this has to be one of the most annoying things about cameras.

Compact point and shoots get a pass on dials because they’re so small. For interchangeable lens cameras, though, dedicated dials for aperture, ISO, and shutter speed are a necessity. We shouldn’t have to access a menu just to change any of these settings.

All professional-grade cameras should come equipped with dual card slots. Whenever a camera with just a single card slot is released, it’s always accompanied by the “dual card slots aren’t necessary” excuse. Then the successor gets dual card slots. The reason? “We’ve listened to customer demands and included it.” Let’s skip this song and dance and just incorporate dual card slots into the original design.

Way Too Many Card Formats

One of the most annoying things about cameras could turn into something worse. The last thing the industry needs is a second card format war. But then why do we have so many card formats? It’s like we have déjà vu and went back to the early days of digital. At one point, there were over half a dozen card formats in use. Some of the more popular ones included CompactFlash, SD, Memory Stick, MMS, SmartMedia, and xD. We’re not even going to list all of the various permutations of SD and Memory Stick. SD is the standard in most digital cameras today. However, we’ve seen CFexpress, and XQD cards pop up in the last couple of years. The CFexpress Type-A and Type-C variants were also introduced recently as well.

Fujifilm and Olympus cameras have some of our favorite in-camera tools. Fujifilm’s X and GFX cameras have film simulations (you can learn all about them here). Olympus’ various art filters work similarly. Live Composite makes short work of complicated long exposures. Sony used to offer something similar through an app from its PlayMemories App store. Some of these, like the touchless shutter app, was super useful. Disappointingly, Sony has discontinued access to the PlayMemories App store on their latest cameras. We’re still not sure what the rationale was behind this decision.

Have you encountered any other quirks with cameras and lenses that drove you absolutely insane? We’d love to hear about them in the comments below.