All photos by Simon Åslund. Used with Creative Commons permission.

If nighttime inspires you to come up with engaging visual narratives, we’re sure you’ll like the latest work from Simon Åslund. As with his Night Series, it’s a perfect example of what the mood and unique imagery of cities at night can inspire. This time, he takes us around the empty streets of Stockholm to follow lone subjects acting out an interesting premise: shady deals in shady places.

According to Åslund, he wanted the photos to look like stills taken straight out of a thriller movie. Indeed, a night prowl around the city proved to be perfect for the imagery he was after. Empty streets and moody lighting supplied exactly the setting he needed for a cinematic look. Adding a human element as the focal point made the work slightly different from your typical street snaps at night. 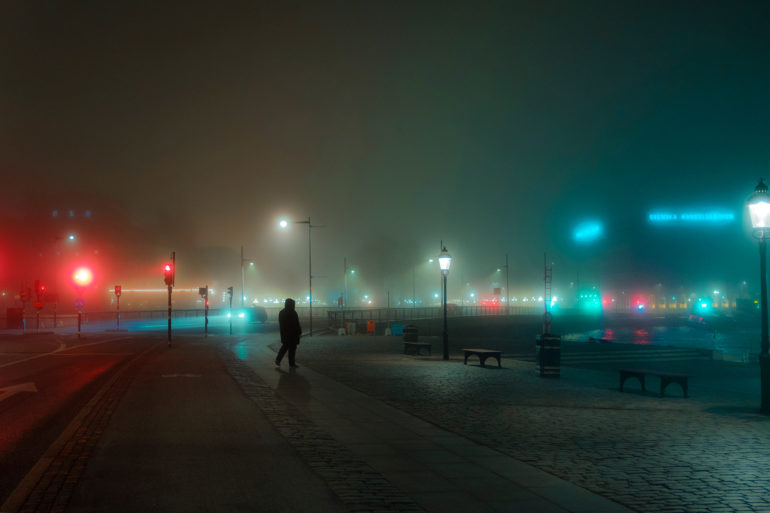 The execution of the “shady deals” idea is simple and uncluttered yet effective. It’s easy to imagine the lone character in each shot being on the way to carry out the “shady deals.” There’s also an air of mystery in some shots which leads the viewer to wonder who the lone character is meeting with, or what kind of deal is about to unfold. The series feels short; I wouldn’t mind seeing how this narrative could unfold further with a few more shots. With the hint that each photo should look like thriller movie stills, it would definitely be interesting to see Åslund take it deeper in that direction.

If you find night photography like this inspiring, you may also want to check out the cinematic night drives snapped by Henri Prestes and atmospheric scenes by Elsa Bleda.

Do check out Simon Åslund’s website, Instagram, and Behance portfolio as well to see more of his photography projects.