Nikon’s Nikkor Z 24-70mm f2.8 S is a premium upgrade over the existing f4 version that came out last year,

When Nikon first introduced the Z mount last year, one of the lenses that launched alongside the Z6 and Z7 was the Nikkor Z 24-70mm f4 S zoom lens. While it was compact and weather sealed, a maximum constant aperture of f4 just doesn’t let in enough light. This is where the brand new Nikkor Z 24-70mm f2.8 S comes in. The 24-70mm f2.8 S was amongst the lenses on display at Nikon’s booth at this year’s WPPI, so we jumped at the chance to play with it while we were on the show floor. With a lens design consisting of 17 elements in 15 groups (the f4 consisted of 14 elements in 11 groups by comparison), the Nikkor Z 24-70mm f2.8 S is understandably larger than its predecessor. Everything you need to know about the Nikkor Z 24-70 f2.8 S, including sample images shot with the lens along with our First Impressions, can be found after the jump. Here’s the Nikkor Z 24-70mm f2.8 S mounted onto a Nikon Z7. Towards the front of the lens, you will find the dedicated Manual Focus Ring, followed by the Zoom Ring which allows you to adjust the lens’ focal length. A Lens Information Panel is located in the middle of the lens just behind the Zoom Ring, and displays information such as the aperture, focus distance, depth of field, etc. A customizable L-Fn (Lens Function) button is located near where your thumb naturally rests when holding the lens, allowing photographers to map a frequently accessed function to it. The Customizable Control Ring is situated between the Lens Information Panel and the markings on the outer lens barrel. Just before the mount are the markings for the zoom range (24-70mm), maximum constant aperture (f2.8), along with the alignment dot with which to mount the lens onto a Nikon Z6 or Z7 camera body. You will also find the Autofocus/Manual Focus toggle towards the side. Here’s a closer look at the DISP button, which changes what is displayed on the Lens Information Panel, as well as the customizable L-Fn (Lens Function) button along with the Autofocus/Manual Focus toggle. Moving towards the front of the lens, you will find the Nikkor branding along the top of the front element, with markings for the focal length (24-70mm), maximum aperture (f2.8), as well as the filter thread (82mm) located along the bottom. Here’s a closer look at the Lens Information Panel. It’s sort of similar to the Zeiss Batis lenses. You can adjust what is shown on the display by pressing the DISP button. That feature at least is different from what Zeiss offers. The information shown on the display is very high contrast and easily visible. That’s going to be great in the dark, but we wonder how it will affect the battery life. While the Nikkor Z 24-70mm f2.8 S on display at Nikon’s booth at WPPI was a pre-production sample, the lens felt well constructed and had a similar build quality to other native Nikon Z mount lenses currently available on the market. The Manual Focus Ring, Zoom Ring, and Customizable Control Ring all had the right amount of resistance when turning, and the DISP and L-Fn buttons felt solid enough when depressed. Since we weren’t allowed to remove the 24-70mm f2.8 lens from the Nikon Z7 that it was mounted onto, we were unable to confirm whether or not the lens features any weather sealing (although we’d be surprised if the final production model didn’t incorporate it, as the f4 version features weather sealing). Please stay tuned for our upcoming full review once production models of the Nikkor Z 24-70mm f2.8 S are available for testing.

While larger and heavier than its f4 cousin, the Nikkor Z 24-70mm f2.8 S definitely felt more user-friendly during our short time using it at WPPI. Unlike the Nikkor 24-70mm f4 S, you no longer have to manually extend the inner lens barrel from the “closed position” before you can begin shooting with the more premium f2.8 lens. Nikon’s decision to incorporate a dedicated Manual Focus Ring is also a welcomed change, allowing photographers to assign other functions to the Customizable Control Ring on the f2.8 lens. We were also happy to see that Nikon’s added the L-Fn (Lens Function) button to the body of the Nikkor Z 24-70mm f2.8 S, giving photographers the ability to assign custom functions to it (a good suggestion would be the forthcoming Face Detection Autofocus that will be rolling out in future Z6 and Z7 firmware updates).

During our short time shooting with the pre-production Nikkor Z 24-70mm f2.8 S at WPPI, autofocus performance was accurate and felt quicker than the f4 version. We will need to test the lens more comprehensively once final production samples are available against subjects other than relatively stationary models posing on the convention floor.

All sample images seen within this First Impressions article are straight out of camera JPGs captured using an early pre-production sample Nikkor Z 24-70mm f2.8 S mated to a Nikon Z7. As a matter of ethics, none of the sample images have been retouched so that you can judge the quality of the images for yourself. 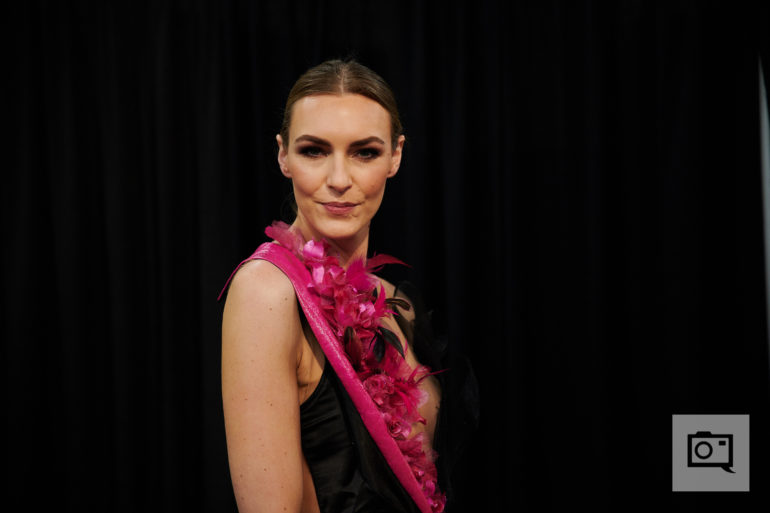 With the Nikkor Z 24-70mm f2.8 S, Nikon is showing us what to expect with their premium mirrorless zoom lenses. If Nikon’s initial Z Mount roadmap is to be believed, a 70-200 f2.8 is slated to debut at some point during 2019, and we foresee many of the features found on the 24-70mm f2.8 S (Lens Information Panel, L-Fn button, dedicated Manual Focus Ring) to trickle over. While we only got to shoot with the Nikkor Z 24-70mm f2.8 S briefly on the WPPI show floor (all of the available pre-production units were sadly chained to the tables at Nikon’s booth), the images produced by the lens appear to be sharp and displays pleasing defocus fall off. We look forward to reviewing the final production lens in the wild once review units become available, so please stay tuned for our upcoming full review. The Nikkor Z 24-70mm f2.8 S will begin shipping later this year in the Spring for a Manufacturer’s Suggested Retail Price of US$2,299.