Daniel Tjongari’s Majestic Black and White Images of the Tengger All images by Daniel Tjongari. Used with Creative Commons permission.

With a population pegged at approximately 750,000 concentrated in the isolated Bromo Tengger Semeru National Park in Java, Indonesia, the Tengger, or Tenggerese, are an ethnic group of people believed to be the only surviving remnants of the Hindu-Buddhist Majapahit empire (c. 1500 CE).

Given their location and number, the Tengger aren’t always prominently featured in mainstream photographic works. Thankfully, there are photographers like Surabaya, Indonesia-based Daniel Tjongari who give us a glimpse of them through his series, Kingdom of Tengger. 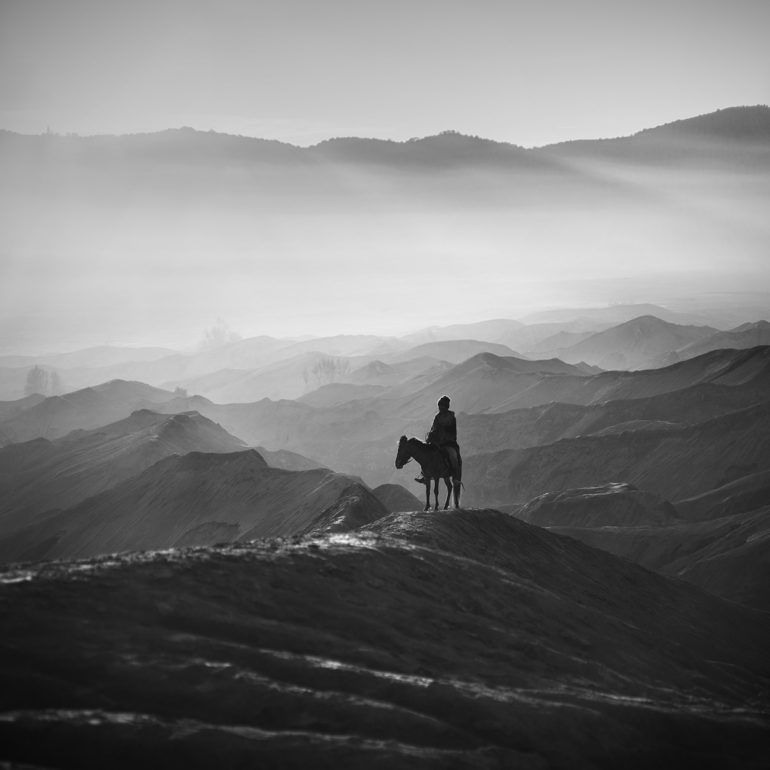 Kingdom of Tengger is a series of artistically shot images of the members of the Tengger riding through Mount Bromo and the surrounding areas. For a better appreciation of the images, Daniel included brief descriptions about the Tengger and interspersed his photos with quotes about black and white photography by iconic photographers such as Ted Grant and Dorothea Lange.

Of his series, Daniel wrote:

“The main point is that I really appreciate the concepts of black and white photos in this mountainous area with its iconic Tengger tribe. Creating photo art with surrealism and fine art combined with nature and the power of light are the main points of my photo here.”

Daniel’s work puts one in awe. Each fine art image captured with a Sony Alpha 7rIII is rendered in black and white, with the contrast amped up. As a result, the photographs look even more dramatic with the subjects majestically sitting atop their horses. This series also demonstrates Daniel’s aptitude in harnessing light to create show-stopping images, as he had done in his beautiful series of lone mangroves also shot in black and white, which we have previously featured.

Don’t forget to check out Kingdom of Tengger in full here. While you’re at it, visit Daniel Tjongari’s Behance portfolio to see more of his work in black and white.