Could The Photography Industry Use More Shared Standards (Like Lens Mounts)?

Does the camera industry need to stop the infighting and adopt more industry-wide standards?

Canon or Nikon? Fujifilm or Sony? These questions are argued night and day for almost no reason. The photography industry is and has always been a bunch of walled gardens. But in a time where the industry is shrinking, a question needs to be asked, and that is whether or not this is really the best way forward for the industry. Are there other avenues that could maybe benefit these companies (and photographers) more?

For example, what if all of the manufacturers sat down and agreed upon lens mount specifications for various sensor types; taking a landscape of varying systems and merging them all into industry-adopted standards. We could have a 35mm(full frame) lens mount, an APS-C lens mount, so on and so forth. This seems like an unrealistic idea, given the state of the market, but just think about the benefits that it would unlock. There would be no more need for 3-5 versions of one lens to be made by lens manufacturers, they could simply make their lens in the industry standard mount and be good to go. In many ways, this would open up the camera industry to both companies making these products and to the consumers buying them. But as noted, given the already highly segmented state of the industry, this is not a change that could happen in the short term. However, ideas similar to this could be worked on.

For example, what if the companies sat down and agreed on some sort of industry standard lens communication protocol. As it is now, half of the reason that lenses have trouble working when adapted to other systems is that each system is using its own ‘language’ to communicate between the camera and the lens. If every lens talked to every camera utilizing the same language, it would be much easier for companies to make products that worked well with each other.

Some may scoff at this idea, but it would still be very easy for these brands to Eproduce products that differentiate themselves from each other without this need for incompatible communication protocols. Look at the internet, for example. very single website that you see is based on, at least in part, basic HTML code. Each browser reads this code and is able to display it so that you can see what the web developer wanted you to see. Are all websites the same? No. Are all browsers the same? No. So this is a perfect example of still being able to differentiate yourself in a world of industry standards. The internet couldn’t work if Google Chrome and Firefox each had their own, separate language. Obviously the camera industry is not THAT dependent on having these core industry standards, but that doesn’t mean it couldn’t benefit from them.

As well, as it is now, each company has their own WiFi/Bluetooth connectivity solutions, and they vary widely from barely usable to mostly passable. What if the industry developed standards for the WiFi and Bluetooth capabilities of these cameras so that operating system developers at Apple and Google could build support for them into their operating systems. How cool would that be, to be able to send images from your camera straight to your phone without the need for a special app? Just turn it on and the phone connects to the camera and works without issue. 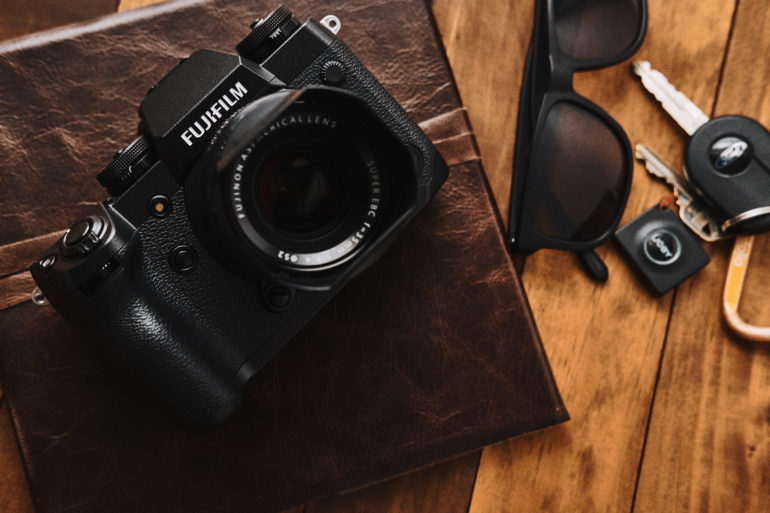 That sort of thing could be possible with an Industry Standard WiFi implementation, but as it is the teams at Apple and Google have no real ability to do this because each camera company is doing their own thing when it comes to their connectivity standards.

Do you remember back in the day when it seemed like each manufacturer was pushing their own digital storage medium, back before CF and SD cards became industry standard? There are benefits to companies agreeing to utilize standards for the benefit of the entire marketplace, and given how the industry is going, I am just of the opinion that maybe the photography industry could do well to think about this and the benefits these cross-platform standards could bring.

A few other ideas that would be perfect; how about standardized flash communication/TTL standards? It is absolutely ridiculous in my mind that accessory makers need to build out multiple versions of each light because every company under the sun has to have their own TTL communication protocol. This is a perfect example of an area of the industry that could use a major overhaul to make things simpler for the industry overall. Another idea? Industry standard batteries. The point is, it’s better to work smarter, not harder; yet the industry seems set on working harder in so many ways. Obviously, it’s worked for them so far, but looking to the future, maybe it is time to rethink some of that.

What are your thoughts? What other areas do you think the photography industry could see some benefits from standardization?