This rare Reflex-Nikkor 2000mm f/11 mirror lens is practically a telescope you can attach to a 35mm Nikon SLR.

Something cool has once again emerged from the depths of ebay. A couple of rare Reflex-Nikkor 2000mm f/11 mirror lenses, which should be of interest to vintage photography gear collectors, have been listed by sellers from Japan and the Netherlands. Likewise, if you’re into architecture photography or astrophotography, or simply need some extra reach for your work, this mirror lens should do the trick for you.

The relisted Reflex-Nikkor mirror lens by Tokyo-based Breguet Camera has been repriced from US $32,727 to US $26,181.60, and comes in mint and a complete package. The one listed by wish-4-leica from the Netherlands is in less pristine condition and the aluminum lens case is missing, thus being priced lower at US $20,000. At its most expensive “buy it now” price, this Nikon mirror lens costs even more than the massive Jonel 100 “NASA” mirror lens. 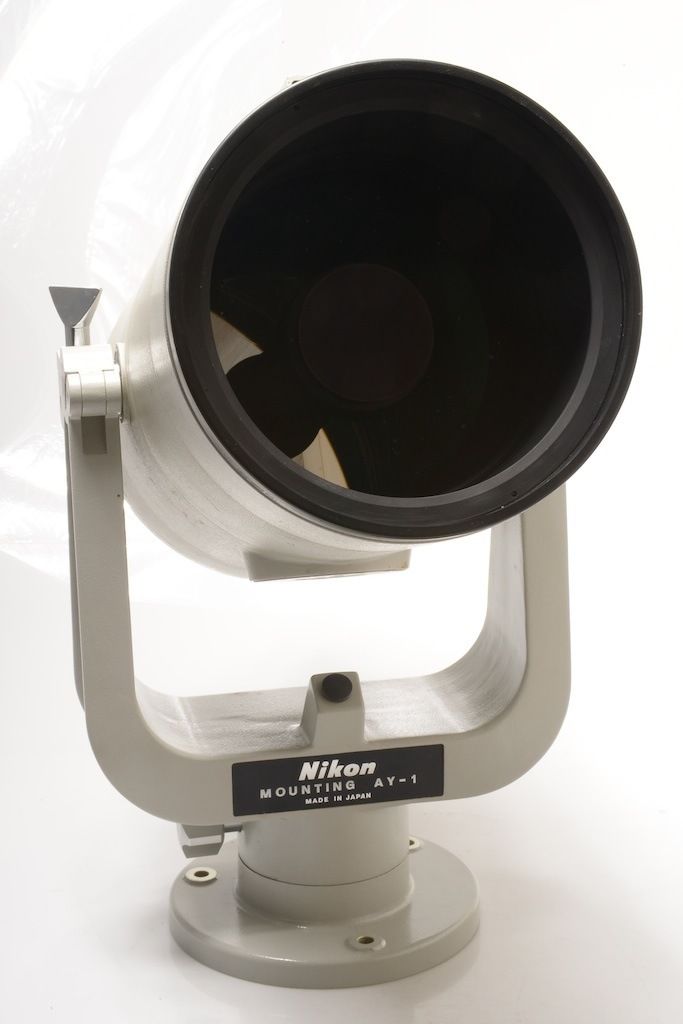 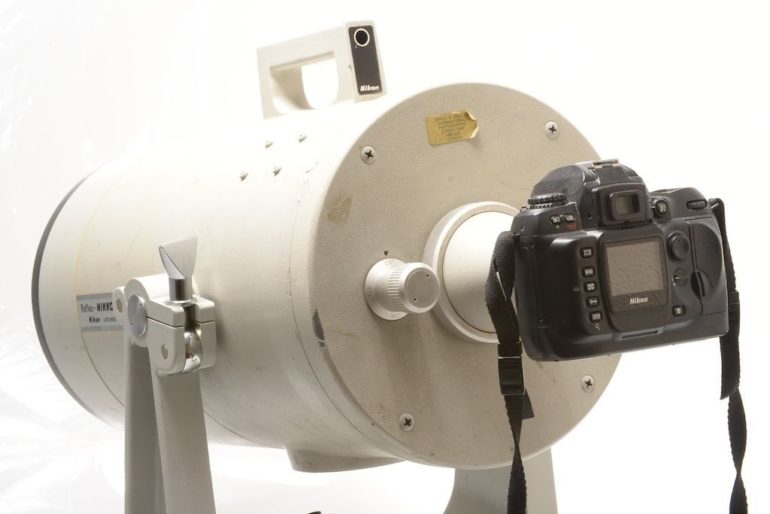 Its focal length may be a little shorter than the 2540mm Jonel 100, but the Reflex-Nikkor 2000mm f/11 has a number of special stuffs about it as well. A prototype was first presented during the 1968 Photokina and it went into production in 1970. It was also believed to be handmade and produced on a special order basis. Now, it holds the distinction of being the largest and longest reaching lens Nikon ever made for 35mm photography. Before the release of this mammoth, the 1000mm Reflex-Nikkor in S-mount or F-mount was the longest reaching Nikon lens.

This mirror lens has a front attachment of approximately 254mm, 1°10 angle of view, and weighs a staggering 17.5 kg. Operating it is simple, using the two built-in knobs, one for focusing and the other for selecting from the four built-in filters (L37c, Y48, 056, and R60). The closest focusing distance is at 18 m (60 ft), all the way to infinity. If the 2000mm focal length is not enough for you, you can look around for a 1.4x or 2x optical teleconverter to extend it to an incredible 2880mm or 4000mm. Aim for the stars, indeed! Unlike the Jonel 100 lens, the Reflex-Nikkor 2000mm f/11 comes with with its own mount, which rotates in click stops for shooting horizontally and vertically. It also has two built-in tripod sockets and an optional yoke mount, which allow for mounting on other support.

Sounds like a tempting piece of glass to you? Head out to the ebay listings from Japan and the Netherlands, or this mir.com.my page for more info about this impressive mirror lens.

All images taken from the eBay listing.