Opinion: I Dream of a True Fujifilm Workhorse Camera; And We’re Close When I use the term “true Fujifilm workhorse camera” please note that when it comes to still images Fujifilm is there. With the Fujifilm GFX 50s, X Pro 2, and the X-T2 photographers can shoot to their heart’s content and get great images no matter what. In the case of the Fujifilm GFX 50S though, I really wish programs like Capture One would support the RAW files; but that isn’t happening unfortunately. However, photographers are still able to create and shoot great images; plus they can do it in inclement weather conditions and still have their camera work perfectly fine. Don’t believe me? I’ve done it!

Fujifilm’s X-T2 and Fujifilm’s X Pro 2 are both highly capable cameras for journalists who need to go into the rain or snow and shoot. That’s not a problem at all. Instead, what I’m talking about is video.

I can hear photographers saying, “You don’t buy a Fujifilm camera for the video. You buy it for the amazing stills.” I counter that question with, “Why can’t I do both?” Technically, it’s possible with the Fujifilm X-T2 grip as you get both standard headphone jacks and microphone jacks. It’s totally possible with the Fujifilm GFX 50s because both of those jacks are built in. Indeed, if a reporter has a medium format video workhorse that can shoot video that looks like Fujifilm Acros, they would desperately needs image stabilization of some sort. Of course, shooting on a tripod is easy if rolling shutter is somehow corrected. 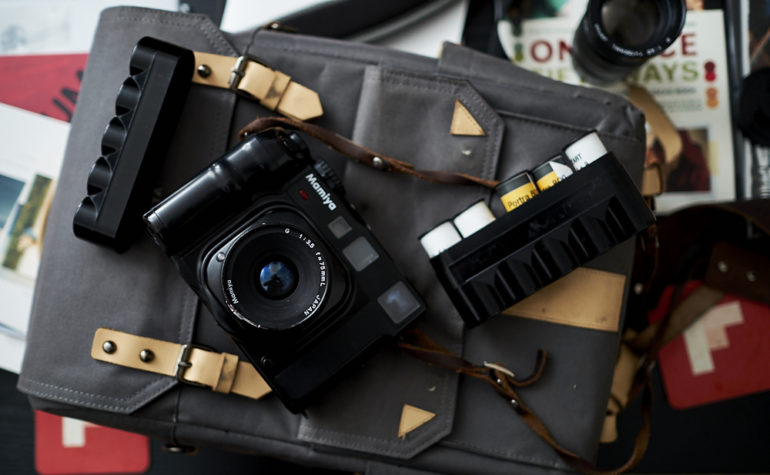 But for years, I felt Fujifilm, while I was smitten with it, wasn’t enough for me personally as a professional blogger although I’ve been really wanting them to be. Let me explain:

Fujifilm has most of that, but at a price that is a bit too high. Instead, this year, I’m making my first camera upgrade in years to a Sony a7r III. Why? My hope is for a camera that many of you have also been asking for for a while: a medium format X Pro 2-like body that reminds me of the Mamiya 6. I own a Mamiya 6 and it is by far my favorite medium format camera. Fujifilm instead opted for something like the X-T2 with an SLR form factor. But that isn’t compact enough for me; and it probably isn’t for many of you either.

One day though, we’re going to get it.