Trupal Pandya Documents the Folklore and Culture of the Last Aryans All images by Trupal Pandya. Used with permission.

If our past features have hinted on the growing interest of New York-based photographer Trupal Pandya in documenting the way of life in places unfamiliar to most of us, this body of work will definitely cement it. Today, we bring you his fascinating portraits of the Brokpa, a tribe that rose to popularity as the last of the pure Aryan bloodline, being descendants of the lost soldiers of Alexander the Great.

Being born and raised in India, a country surrounded by rich cultural diversity, we can say that the curiosity for different cultures and tribes around the world is innate in Trupal. Previously, he introduced us to the last living headhunters of the Konyak Naga tribe of the Nagaland province in Northeast India. This time, we place the spotlight on the Brokpa, another of India’s fascinating tribes, whose claim to fame comes from being the “last Aryans”. 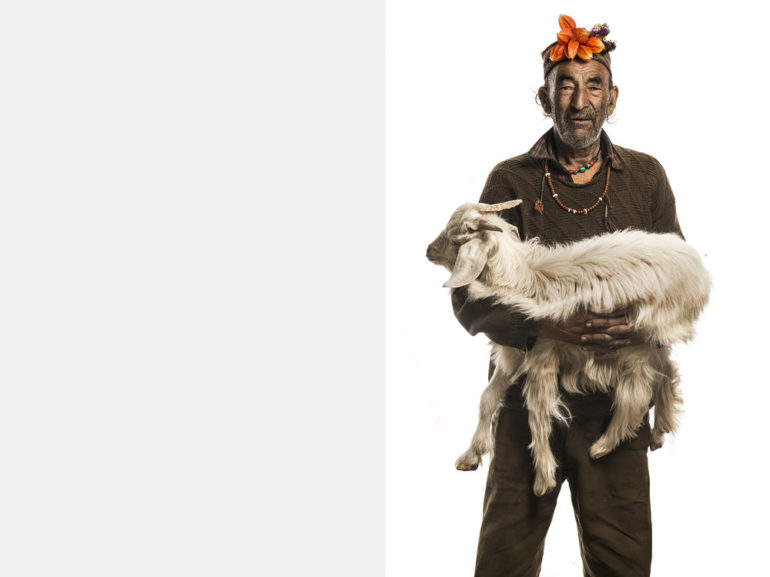 The Brokpas have lived in isolation for thousands of years on the area northeast of Kargil, along the Line of Control (India-Pakistan Border). Trupal shares that the tribe has attracted attention for claims of having the purest of Aryan bloodline and descending from the soldiers of Alexander the Great’s army who got lost in the Himalayas. Although they’ve maintained that they are “untainted,” very protective of their genes, and no new DNA has been introduced to them, genetic testing has been inconclusive in determining whether the lost soldier theory is true.

While his interest in the Brokpas was sparked by this genetic purity, Trupal also wanted to highlight how their culture evolved as the surrounding territories influenced them. In his portrait series, we see the beautiful mix of traditional garb and headpieces (which incorporate, flowers, metal jewelry, and animal hair) along with modern clothing. This is said to be the result of their religion at present, a combination of Boh (animism-shamanism) and Buddhism. What’s readily noticeable from Trupal’s portrait series is how it’s mostly the elderly people who don the full Brokpas ensemble that has made them a unique and beautiful tribe. We learn from Trupal’s description for this series that influence from the western world has reached the youth. As a result, the younger generation has started to lose interest in their tribe’s culture and only wear their traditional attire for holidays and ceremonies.

He’s definitely on his way to amassing a wonderful collection of documentary portraits, so make sure to follow Trupal Pandya’s work on his website and Behance portfolio.