All Images by Anthony Thurston. Used with Permission.

While many photographers still scoff at the idea of using presets for their work, the greater majority of the photography community has seemed to embrace the concept, either purchasing or creating their own. It’s not hard to see why either, as a first step to the editing process, it is so much quicker and easier to get an image to a starting point which you can use to base your more advanced edits on.

I just needed to get that out of the way though before we jump into the images and samples, these are clearly being used on images outside of their designed use cases (but as you will see, I still found them fun to use).

DRK Samples – As Is, No Modification

The following samples are all shown using the presets with no adjustments from myself. This is to illustrate what you get right out of the box. It is important to note though that with any preset really, unless you shoot very similarly to their creator, there will be some modification to tweak to your own personal taste. These presets are no different, but the images below are just to show you what these presets do to our sample image out of the box without any tweaking. WVS Samples – As Is, No Modification

The following samples are all shown using the presets with no adjustments from myself. This is to illustrate what you get right out of the box. It is important to note though that with any preset really, unless you shoot very similarly to their creator, there will be some modification to tweak to your own personal taste. These presets are no different, but the images below are just to show you what these presets do to our sample image out of the box without any tweaking. 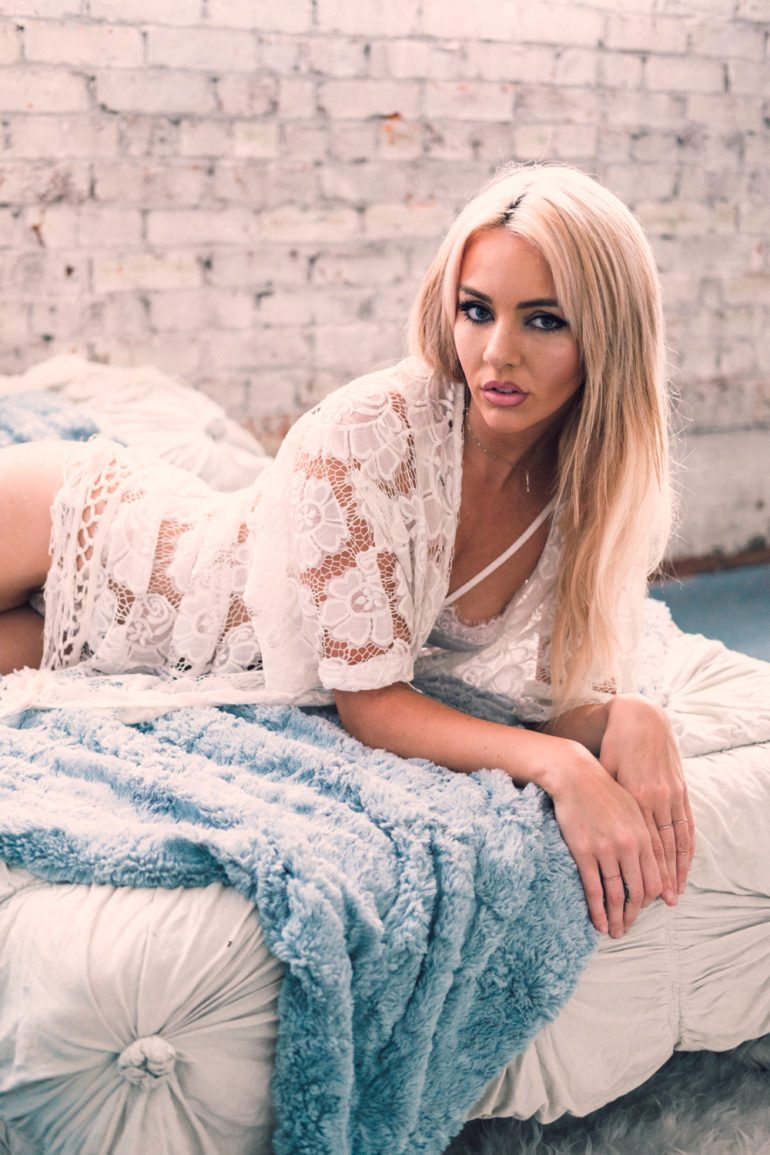 As noted before the samples above, one click presets are nice and all, but any photographer worth their salt will be tweaking and modifying a preset to their needs anyway. Especially in a case such as this review where I am using the presets outside of their designed use case scenarios. If you were going simply based on the images above, for my use as a boudoir photographer, I would say the presets are largely not ideal – at least for my style (I did like the WVS 75 without any modification on that particular sample image). However, after some tweaking with each pack I was able to find some looks that I was happy with. I will share a few of those below: Each of the two packs comes with the presets and some additional presets to help in refining the look of each. I used the tools, and honestly I have my own similar tools that I have developed for my own personal use that I preferred, that said – anyone using these presets for their designed use case may have better results with the added presets that I did.

So in each pack you get: Well, as noted, given that I used these preset outside of their designed use case, I don’t feel comfortable really passing judgement on their ease of use in regards to shooting flash at night or on a sandy beach. They are as easy to use as any other preset system or pack that I have used in Lightroom, you click a button to apply it, and adjust accordingly. Not much else to it really.

I tried the presets to some of my other random images, and found them to work pretty well in some cases. These definitely, in my opinion based on the images I tried them on, are better suited to images taken outdoors. Vicra WVS and Vicra DRK are both available over on David Drake’s website for 8.99 Euro, or a little over $10 US. As far as preset packs go, these are a great deal assuming they produce the sort of look you are after. Even if you just feel like picking them up to play around with a different style or look, $20 or so for the combined pair is nothing compared to what some other preset systems (albeit, much larger and more complicated) who ask for $50, $100, or more in order to get access.

So as far as price goes? Nothing negative to say about it at all, these presets are a great deal all around.

Overall my experience with David Drakes’s Vicra WVS and DRK has been an interesting one. They are both pretty different from what I would say is my usual editing style, so on a personal taste level they for the most part didn’t really jive with my preferred look. That said, taking into account that I was using them outside of their design use case, and that I was able to find some looks that I was happy with after just a minute of quick tweaking – I would say that my experience with them has been a positive one.

Now, if you are the sort of person that likes a very true to life look, without a lot of stylization, as you can clearly see above, I would say that these presets are likely not for you (at least in a natural light studio setting). However, if you have a more stylized look, or are someone who likes to get a little more artsy and creative with your edits, then these could possibly be a great base preset for you to take a look at.

While these may not have largely fit my taste on a personal level, I can’t say that anything stuck out to me as being wrong, bad, or out of place. The presets are well designed, easy to use, quick to modify in most cases, and can be used in a variety of situations beyond their designed purpose. To that end I would be very happy to recommend these presets to anyone who was interested in them and the look that they help to produce.

Those interested can find out all the information about them, or purchase them on their own over on the David Drake Vicra website, here.