All images by Stephen Flounders. Used with permission.

“I am an amateur street photographer who started taking photos approximately 12 months ago.” says photographer Stephen Flounders–who despite not shooting for very long has done a great job with what he’s done so far. Stephen does street photography in London after falling in love with it and experimenting with different genres. He attributes this itch to being naturally curious.

“I..am naturally curious and can spend hours a day walking around observing people going about their everyday lives. I think this is one of the main reasons that I was drawn to street photography – the opportunity to capture everyday moments that will never be repeated.”

So how did he get this good so soon? He believes it to be his 365 photography challenge. We’re not the only ones who think so as even the Street Photography International group has recognized him.

Stephen: I got into photography just over a year ago.  I work in a largely office-based full-time job and for the past few years I have felt this was stifling my creativity.  I have never been good at drawing or painting or other forms of creative work, but I had always enjoyed taking photos.  I needed something to stimulate my brain, so I decided to buy a DSLR, having previously only ever used my phone and compact cameras.

My first DSLR was a Nikon D3100, and I mainly used the kit lens and a 40mm “macro” lens.  I started shooting everyday objects, particularly close up work as I enjoyed trying to find something unusual in an everyday object, such as a pattern or texture.  But after the first couple of months the novelty started to wear off as I didn’t really “feel” anything from the photos.  I found that I wasn’t looking back at the images I had taken, so it all seemed a little bit pointless. Stephen: I decided that it was time to try something different.  Living in London, I realised I had the perfect opportunity to get out and explore the outside world with my camera.  One of my natural characteristics is to plan things, rather than jumping in head first.  So I switched on my laptop and started to search for photos of London, looking for some inspiration.  As I scrolled through the typical images of Big Ben, St Paul’s and the Shard, images of people going about everyday life jumped out at me more.

I stumbled across images by Nicholas Goodden and Ronya Galka and was fascinated by how their images of people going about everyday life made me conjure up my own stories about those very people.  I decided that I was going to go into central London the very next weekend and try it out for myself.  And that was it, I was hooked!  I have always been a people watcher, curiously observing how people behave, so capturing that on camera seemed to just feel right. Phoblographer: So you embarked on a 365 photo project to improve your photography. In what ways do you feel you’ve improved?

Stephen: I am a planner at heart.  Whilst this can serve me well in certain situations, I quickly found it was holding my street photography back.  I was spending more time looking at other people’s work and planning how I could capture what they do, than I was on getting out there on the streets and making my own photos.

Then in December last year I discovered the work of Marius Vieth. I had never even heard of a 365 project before I read about his journey.  His story and his images inspired me so I decided that a 365 was my next step.  I started in in mid-January 2016, upgrading to the Olympus OM-D E-M5 ii camera so I had something easier to carry around each day than my Nikon.  I feel that my photography has improved a lot since I started on the 365 project.  I have learnt the importance of composition and how it can improve an image.  I have also developed my ability to anticipate what is going to happen next. I think trying to stay one step ahead of my subject and the scene can give me an extra second to get the right shot, providing things work out the way I have anticipated them.

And, most importantly, I have learned to be patient and slow down.  London life is fast paced, trying to keep up with that pace and take photographs at the same time does not work well for me.  By slowing down I am able to pick things out that I may otherwise have missed, and like I just said, feel as though I am one step ahead. Phoblographer: I’ve noticed that lots of your work is either black and white or offers a very effective and intentional use of color. Where did you get the idea to capture scenes like this? What are your thoughts on color vs black and white?

Stephen: A lot of my early street photos were black and white.  At the start, this was more to do with how I saw the work of others and what I believed street photography should be, rather than an intelligent or creative choice.  As my style developed and I started capturing more minimal scenes, I realised from looking at the raw files that the colours sometimes added more to the scene.  I went on a photo walk one day and forced myself to look at colours.  I soon found myself picking out strong colours and waiting for a contrasting or matching subject. For instance in my photo with the yellow graffiti and the lady with the yellow coat, I waited around on the street corner for almost an hour for the right person to come along.  Whilst it may be true that a lot of street photography is black and white, I think colour can be just as effective if it is done right.  I use black and white if I want to add a certain mood or atmosphere to my photo or highlight textures and lines.

I will use colour if it feels right to do so and the colour adds something to the photo.  I always try to look for one or two bright and vibrant colours rather than capturing a scene with a range of colours which may be distracting.

Phoblographer: Walk us through your thought process. What determines whether or not you shoot a photo? Do you feel that through your project that you’ve become more selective? How so? Stephen: I am becoming more and more conscious of what and who I am shooting.  When I first started taking street photos I would shoot pretty much anyone.  Whilst this helped my confidence in terms of not being so afraid to take someone’s photo, I wasn’t really capturing anything of interest.  Gradually I became more selective.  Slowing down and being patient, which I talked about earlier, really helped me with this.  I started to observe my surroundings more, and realised that the setting/backdrop could be just as important as the person in the photo. I have also trained my eye to look for interesting characters, people who I think will add to the scene and tell a story, rather than just being a random person blending into the scene.

If I find a scene I like, I will stick around and wait for the right person, and likewise if I see a person I like, I will stick with them for a little while if I know they will soon be in an interesting location.  I’m also conscious of things not to shoot.  For example, I don’t shoot homeless people because I would not feel comfortable, and if someone asks me not to take their photo or to delete what I have taken then I will always oblige. Phoblographer: What do you think makes for a great street photograph?

Stephen: I think a great street photograph is one that tells a story and makes me ask questions.  A great image is one that I will go back to time and again and always discover a new perspective or feel something different.  I don’t necessarily think there can be one simple definition of a great street photograph, but for met usually it will be how the colours work together or contrast, or how the light or shadow adds atmosphere, or how the subject is interacting with the rest of the scene, whether they are a silhouette or someone gazing right down the lens.  It just has to have “something”. Stephen: I am currently shooting with the Olympus OM-D E-M5 ii.  I love everything about the M5 ii.  It looks retro and cool, it is small and lightweight, focusses fast and is great for shooting in low light.  My favourite lens is the 17mm M Zuiko f1.8 lens.  I find that lens wide enough for me to get the scene I want, and I can move in closer if I want to focus more on a person.  I also have the 45mm M Zuiko f1.8 lens, although I have to admit that I have not really used this one much as I find the 17mm to be perfect for me at the moment. Phoblographer: Obviously, the number of street photographers out there have increased quite a bit with the mobile web. So what do you feel will separate the cream of the crop from all the rest?

Stephen: I think that street photography is currently seeing a surge in popularity.  I put this largely down to the quality of camera phones and the fact that you can publish an image to the web in seconds.  Although I never use my phone for street photography, I currently share my 365 project on Instagram and Flickr.  As I develop and improve as a photographer, I am becoming increasingly selective with what I post and share with the world.  I look back to some of my earlier shots and think that if I took them now, I would not choose to share them online. 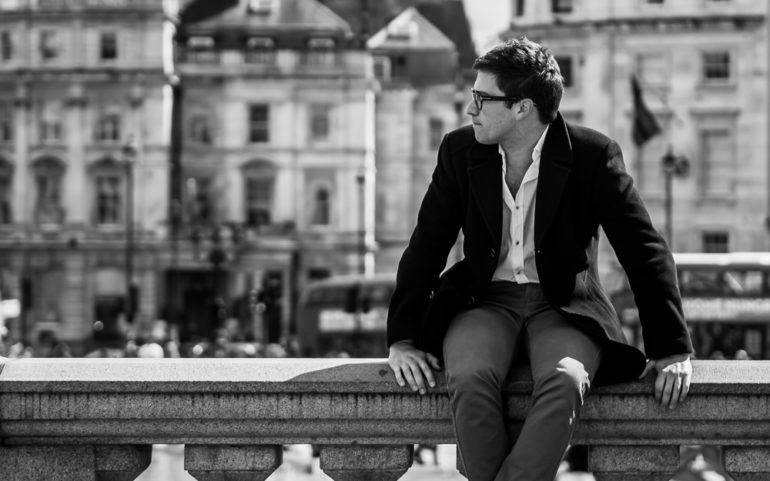 But at the moment that is all part of my learning curve and development.  And I think it is the ability to self-reflect, improve and prepare to not only be your own harshest critic but also to take on board the feedback of others, that will separate the cream of the crop from the others.  A harsh selection process and showing consistently good photos is where I want to get to in the next 12 months, and I believe that this is what makes the best street photographers stand out from the rest.