All images by Chris Rivera. Used with permission.

Photographer Chris Rivera is a fine art and conceptual photographer living in the outer L.A. area. He’s been shooting for a couple of years now; and has developed a boy of that that embodies the ideals of creative expression and freedom. I found his work on Behance, and fell in love with the scenes he depicts and that he says have been inspired by various cultures. “Some things I’m obsessed with are anything futuristic, minimalistic locations and black and white colors.” says Chris. “With photographing more people, I’ve tended to get into fashion as well! I love bringing some of my ‘darkness’ from my work into my everyday clothes!”

Chris’s work isn’t exactly dark as it is beautiful and ethereal.

Chris: I’ve been around photography my whole life, and I never really realized it until I grew up! My mom used to have a Pentax film camera and my dad always had a point and shoot camera. I actually didn’t like the idea of photography at first because my dad would take pictures of everyone and everything, and I was annoyed. It wasn’t until I became a senior in high school that my interest peaked! A friend was having a fake wedding shoot to practice her wedding photography and I was one of the groomsmen for the faux shoot. I was amazed how she had a “professional looking” DSLR and she was able to adjust her focus/lighting/etc., so when she started a photo club that next school year, I decided to join. I didn’t have my own DSLR until I graduated high school and began shooting everything and anything, eventually moving from landscapes, animals and macro images to self-portraits and fine art!

Phoblographer: What made you want to get into surreal image creations? 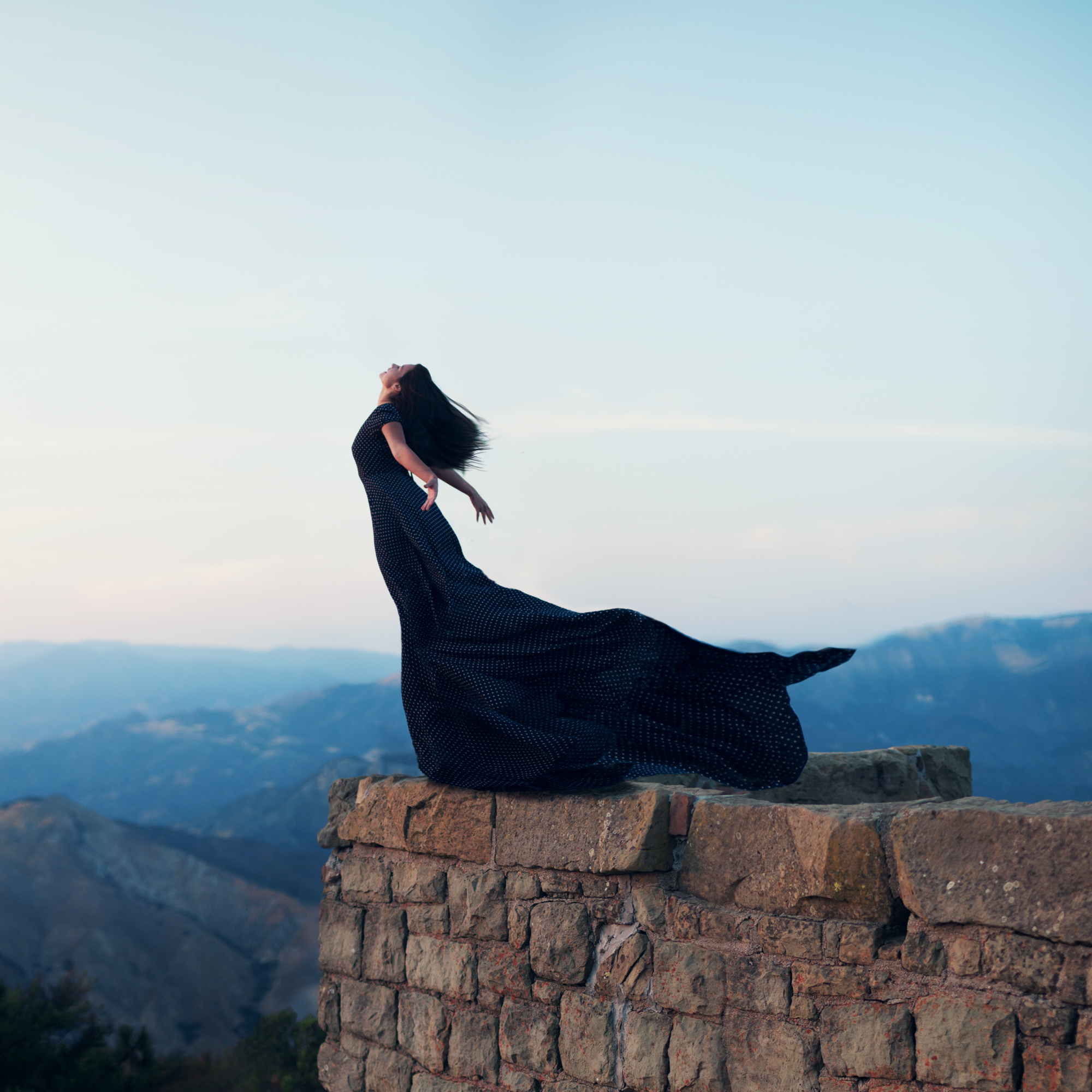 Chris: I would have to say Annie Leibovitz got me into wanting to create surrealistic images! Gazing and flipping through countless photos with my jaw on the ground, I was instantly amazed when I first saw Annie’s work. I knew I wanted to pursue something like that, and I decided to go for it. I discovered another conceptual artist, Brooke Shaden, who helped me even further with my dreams!

Not only did she shoot some portraits, but most of her work are self portraits! I decided to embark on a 365 (and still counting) project to create fine art images.

Phoblographer: Where do you typically draw your inspiration from? Lots of folks who create surreal images cite insomnia. But yours don’t quite seem like that. Chris: Oh, insomnia is DEFINITELY something that I wouldn’t cite as an inspiration: I sleep like a baby! Things that really seem to inspire me are cinematic and fictional movies, certain myths and icons, and various songs (much of the music, being hip hop based). Many Harry Potter references are made throughout my photos, as well as two series inspired by JAY Z songs (my series “The Curse” and “Forever: On the Run”)! I actually have so many other songs that I need to create into conceptual pieces… there merely isn’t enough time to do it!

Phoblographer: Talk to us about the process here. Is there concepting and sketching done before, how do you explain all this to your models and how long do you average on a single photo? Chris: Well it honestly depends on which kind of photo we’re talking about here. If we’re talking about my multiple exposures, I just tend to take silhouettes of people that I really admire and then I like to mix them with nature/architecture/whatever! For my conceptual pieces, I tend to write down very descriptive paragraphs about a photo! Yes, I do sketch some of the pieces, if I have time to get my moleskin; most of the time, these vivid images pop in my head at work and I grab the only thing that’s near. As for explaining my concepts to my models, I really just tell it to them as it is. I’ll most likely have a pose that I want them to emulate, without hurting themselves of course.

For timing on my images, again, it’s a factor if I’m just looking for a location to blend with a silhouette for a multiple exposure (about 30 minutes) or creating a grand scene with multiple elements (1 hour – 3 hours, on and off). Phoblographer: So what’s the end goal for you with these images? Creative services I’m sure, right?

Chris: For sure! But these images really are a glimpse at what’s going on in my head, and it’s a way that I express myself. I’ve never really been great at drawing with a pen and paper, so finding an outlet that I feel confident in feels pretty dang awesome!