A Love Letter to the Fujifilm X Pro 1 In January 2012, Fujifilm announced a camera that helped kickstart the retro ergonomic design trend that we see so often today. It officially started with the Fujifilm X100, but the X Pro 1 was the first super successful retro-style camera with interchangeable lenses to hit the market. Years later, it’s one of my personal well loved cameras and has held up incredibly well–something that is really tough for most digital cameras to do.

The Fujifilm X Pro 1 is a camera that has been with me for years now. I purchased it a while back while still working at B&H Photo and like the Canon 5D Mk II before it, it’s a camera that I cherish because it reacquainted me with a part of my photography past that had previously been lost. You see, I trained myself on an old Leica CL; then had to sell it in college for money. The Fujifilm X Pro 1 appeals to the rangefinder crowd because of the ergonomic structure, design and layout. It’s not a Leica M, or a Voigtlander Bess, or a Zeiss Ikon–but it’s still a beautiful rangefinder inspired camera. For those of us who genuinely don’t like the SLR-style layout, then this camera makes a heck of a lot more sense. Fujifilm improved this camera time and time again with what seemed like almost bi-monthly firmware updates to not only the camera but also lenses. It helped make customer feel like they were getting the most bang for their buck.

Years later, the image quality still holds up. Many people would be hard pressed to tell the difference between an image from this camera and the XT1 even though the XT1 for sure has better image quality potential. Pixel for pixel though, very little can beat Fujifilm’s color rendition–and this camera helped to show that to the world. But let’s look at a bunch of the other things that it did: the camera for a very long time delivered the most silent shooting performance you could find on the market: which is perfect for photojournalists and street shooters.

And that’s yet another thing that this camera did: appeal to street photographers and finally make camera companies realize that they’re a big market to appeal to. Before this, think about any sort of marketing: they appealed to portrait shooters, landscapes, sports, kids, etc. But nothing appealed to the street photographer specifically; this did. And it did it in a big way. Fujifilm to this day still makes cameras with the best ergonomics of any camera manufacturer out there with maybe Olympus being a close second. Though Olympus embraced the retro aesthetics first with the Pen E-P1, it didn’t catch on like the X Pro 1 did perhaps because of the specific marketing, quick refresh and the smaller Four Thirds sensor which at the time couldn’t really perform as well as APS-C sensors.

Due to the focusing and performance upgrades that have happened over the years, it’s been tough for many people to want to upgrade. But one big feature of the X Pro 1 also made folks stick with it: the choice of having an optical or electronic viewfinder. Having choices is nice, and hopefully Fujifilm honors this with the camera’s successor. Very few cameras really start changes like this; but Fujifilm did it. Sooner or later everyone was trying to do retro ergonomic style cameras. Heck, even Nikon got in on it with the DF. It worked well, Those retro aesthetics work well because of just how well they hold up to time and how much simpler it is for a user to control or change settings. Not everything needs to be done through a touch screen or some sort of super modern design.

To be fair, they’re not the only ones who caused disruption. The Nikon D300 started it with incredibly high ISO performance along with the Nikon D3 and D700. Then the Canon 5D Mk II showed the world that DSLRs could be great movie making tools. After this, Panasonic and Olympus showed consumers that mirrorless cameras could be a thing that worked well. Then there is the Fujifilm camera that this post is focused on and most recently, Sony has done it with putting a full frame sensor into a mirrorless camera and giving it autofocus. The iterations that have come from that one camera keep changing the game. 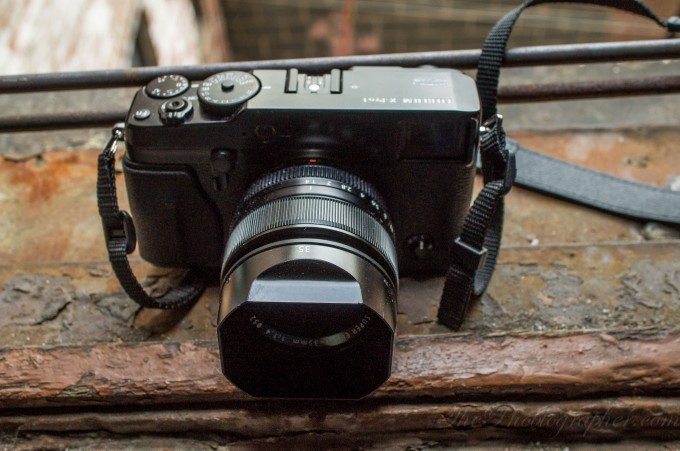 The Fujifilm X Pro 1, however, is a camera that lived its lifetime (and probably will for years in the hands of skilled photographers) even though its product cycle seems to be coming to an end. With that said though, it’s been a while since its release with no upgrade, which also means that Fujifilm doesn’t treat it like some sort of camera meant to be used, disposed of and then refreshed so that they can keep making money. Instead, it’s meant to last a while–something that’s tough to conceive these days.

The Fujifilm X Pro 1 is in many ways, the most perfect camera when it comes to ergonomics; though it has some things that could be improved. And even if it changes drastically in its second iteration, it should be looked at as a camera that started a new shift in the market of mirrorless cameras. Not only could they be functional; but they could also look super sexy.