The Convertible Umbrella: The Most Versatile Light Modifier

While many photographers love to work with softboxes, there are many other light modifiers out there. But the single most versatile light modifier out there is the umbrella–and more specifically the convertible umbrella. An umbrella can function as many different light modifiers and the right one can be all you need in your lighting kit. Indeed, it’s a simple to use and very effective light modifier that gives you the most bang for your buck. 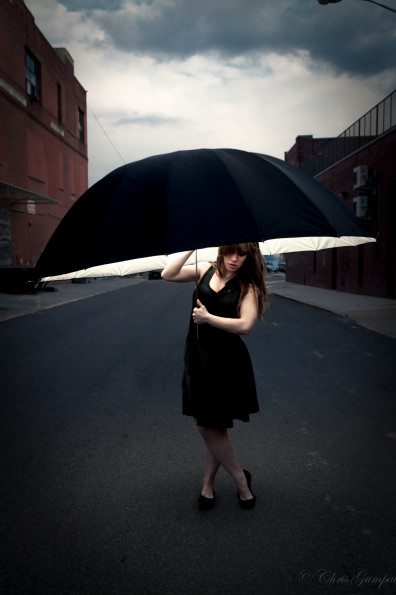 Umbrellas have lots of versatility because of their shape. Essentially they form a dome when opened up. Traditionally, the way to use a photographic umbrella requires you to put the light inside of the umbrella and have the light spread out over the entire area. When the light spreads and exits the umbrella, it goes forward and out in every direction. Because of this, umbrellas are said to be inefficient light modifiers with very little directional quality.

What does this mean? Inefficient light means that a lot of light is essentially being wasted (in simplistic terms) and directional quality has to do with how much of the light is actually going into the direction it was intended to.

But that’s the beauty of an umbrella–it gives off a much different look than a softbox and generally covers a larger area in a smaller package as opposed to the softbox. What this means is that umbrellas can deliver much softer light while remaining smaller. Beyond this, there are lots of ways to hack umbrellas to give you even more punch or make it perform different tasks.

Many umbrellas have the option of coming with a cover that slips over the open part of the umbrella to further diffuse the light. This essentially designs a system that works a bit like a combined softbox, beauty dish and octabank. With the light inside of the umbrella, it fires and bounces the light all around the interior. After this happens, the light exits out but if much more contained when a diffusion panel in attached. This makes the light might more directional, softer and can replace the need for a dedicated softbox or octabank that otherwise only functions in one way.

Softboxes and octabanks have the light facing forward towards the diffusion panel. They soften the light and prevent the creation of a hot spot in the middle by adding two layers of diffusion. For what it’s worth, that is still a more efficient way of getting soft light and it is also highly directional. But using an umbrella can give you even softer light because the surface area of the panel is generally larger in comparison.

When it comes to packing, umbrellas are generally a heck of a lot more portable and easy to tote around on shoots than softboxes are. An umbrella requires you to take it out and open it up then put the light inside. Softboxes requires rods or lots of snapping together a skeleton in general. Octabanks are generally the same way. IF you’re bringing an umbrella along with you while travelling, folks will generally think that you’ve got a genuine fascination with large umbrellas and won’t think twice about whether you’ve got expensive photo gear on you or not.

Besides using them for lighting, umbrellas can be great props depending on the idea. Many weddings photographers photograph their couple under an umbrella with a single flash under it and illuminating the couple from above.

Again, this one is a very creative and objective tip, but they’re much more versatile than softboxes because people actually use them regularly.

Convertible umbrella function in two ways: they bounce back light when they have their black covering, or they diffuse light by taking the cover off. Keep this in mind on a bright sunny day and if you’re looking for a way to soften the shadow’s on a person’s face. Essentially, you’ll be using the item as a prop.