I’ve had a hit and a miss relationship with Samsung’s cameras. In my personal opinion, the company has had a penchant for eschewing buttons in favor of big touch screens, which is not something I look for a camera–call me old fashioned. Beyond capturing a photograph, the camera has to be ergonomically sound, and good ergonomics, in my book at least, hinges on well-placed buttons and dials, which the NX1 has in spades.

Samsung’s flagship camera is a breath of fresh air–a powerhouse of a camera with the body and heft of a DSLR and the speed and versatility of a mirrorless camera. Of course, Samsung places a huge emphasis on connectivity, and the NX1 is filled with Samsung’s usual wireless fare.

How well did it do? Let’s dive in.

-The menu system can take some time to get used to

-If you’re shooting in RAW, don’t forget to convert in-camera to JPEG if you want to send a photo over wi-fi

It’s important to note that a firmware update is due to be released soon that will largely address the needs of videographers. The front of the NX1 is a sleek surface with just Samsung’s branding, the lens release button, the AF assist lamp, and the Depth-of-Field preview button, which isn’t shown here. When pressed, the DoF button shows you what your photos will look like by adjusting the camera’s settings to the appropriate exposure. The NX1 has a leatherette finish around the body and a sizable grip that sets it apart from many mirrorless offerings. Whereas Fujifilm goes for retro stylings in its X-series, Samsung is going with DSLR-level force with the NX1. Here, you get a better view of the grip and some of the buttons that surround the shutter, which is surrounded by the on/off switch. The red button activates the video mode and the one behind it takes you to exposure compensation. The dial next to it controls shutter speed. Here’s where you’ll find a good amount of available controls. To the left of the popup flash and hot show, you have ISO, Autofocus, Metering and White Balance buttons. To the right, you have the mode dial with a lock button in the middle to prevent any unintended turns of the dial. Past that, you’ve got the display window, which shows relevant exposure information. The button beneath the window on the left side turns on the backlight, and to the right there’s the autoexposure lock button. See what happens when the back of a camera isn’t dominated by a massive touch screen? This is nice. To the left of the electronic viewfinder you have the button that toggles between the EVF and the LCD. To the immediate right, you have the wi-fi button, which when paired with the Samsung Camera Manager app will allow you to send photos or control the camera remotely. If you’re shooting in RAW and want to kick photos over, be sure to convert them in-camera to JPEG before shipping them over. Along the right side moving down is the aperture dial, AF start, Menu, Function, Playback and Trash buttons. The selection wheel surrounds the OK button. The SD card slot is on the right side of the camera. It’s built into the grip. On the left are the headphone, microphone, HDMI and USB ports. You charge the camera via the USB port.

The NX1 is an excellent piece of hardware with careful attention to design. On first glance, the NX1 looks like a DSLR, which connotes a certain degree of seriousness. While it may ditch the mirror, the NX1 goes back to basics in its form factor and how it handles. It’s a camera that feels familiar, at least to anyone who’s used a DSLR in the past ten years. Moreover, with its build both inside and out, the NX1 a camera aimed squarely at working professionals, and it succeeds. It should also be said that the LCD is stellar. With other decidedly less professional offerings from Samsung, we found the LCD’s to be somewhat lacking, but this one is sharp and shows accurate results. The autofocus, with its 205 phase detection and 209 contrast detection points, was mighty fast and worked well in most situations. I left the AF on most of the time, and when I turned it off, manual focusing worked just as well with its bright focus peaking. Thankfully with the AF on, the camera understood what I was going for–which means that it’s quite smart to acquire a subject based on compositions. Photojournalists and sports photographers will be able to comfortably rely on the NX1’s AF to get the shot. The same goes for wedding and event photographers.

As with anything, the NX1 takes time to get used to if you’re coming from a different camera system. While it may feel familiar because of DSLR-like design, it does have its differences in button arrangement, wireless functionality and the i-Fn button on most of Samsung’s lenses. Take time to learn how to navigate the NX1’s button layout and you’ll be photographing with ease. With the Sunny 16 test, the NX1 meters perfectly, so that’s one less thing to worry about in post. This was shot at ISO 6400, though if you showed me this image, I wouldn’t be able to tell you that. The NX1 is remarkably good at high ISOs, so much so that I kept the camera in Auto ISO for most of the review period. I was consistently surprised when I pulled the images into Lightroom and saw the ISO level for each image. If you find yourself in situations that demand higher ISOs, know that the NX1 will most probably help you get the shot. 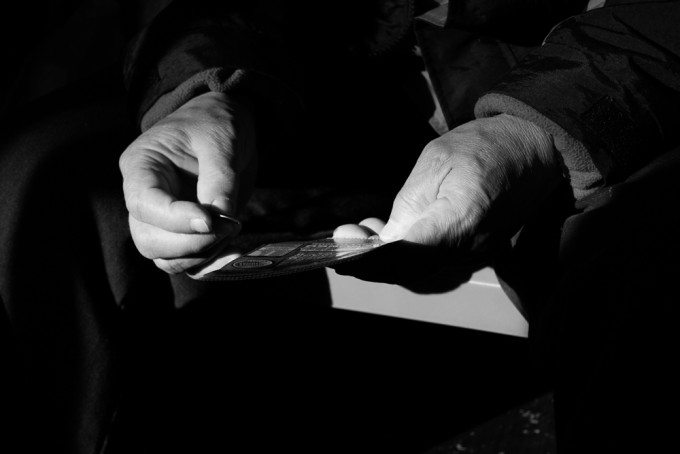 The NX1’s RAW files are big, clocking in somewhere in the mid-30s in megabytes. At that size, there’s a substantial amount of information that makes for a good deal of versatility in post. Of course, if you shoot a bunch, you’ll eat up SD card and hard drive space, so make sure you have enough storage space. That aside, the RAWs were very easy to work with in Lightroom. The editing process was very quick. Granted, I try to keep my work in post to a minimum, but I was able to get the shot right in-camera most of the time. The Editor’s Choice Award is a given. Samsung has put forth a camera worthy of everyone’s attention. Previous offerings, in my estimation, fell flat because of the over-reliance on touch screens and constant push for connectivity. Sharing the image shouldn’t be the knee jerk reaction to pressing the shutter. While the NX1 has all the connectivity the rest of the NX line has, there’s a greater emphasis, through its design, on making the image.

The NX1 feels like a camera whereas others have felt like phone-camera hybrids. The Galaxy NX has an iteration of Android’s operating system. Other NXs have designs that go for new age sleekness over ergonomically-sound functionality.

The NX1 shares design aspects with the NX30, but it goes above and beyond that camera in terms of processing power and the images it can produce. Full-frame enthusiasts won’t find anything they want here because Samsung has yet to enter the full-frame game. The NX1, however, is one of those cameras that can stand very close to a full-frame camera that can perform just as well, if not better in some cases.

If I was in the market for a new camera and had some money to spend, I’d strongly consider the NX1 and one of Samsung’s primes. Know that this camera is fairly expensive. With the premium kit lens, the 16-50mm f2.8, the NX1 costs $2799.99 before taxes. The price may deter some, but it’s definitely a camera worthy of your attention.

All things considered, we give the Samsung NX1 five out of five stars and our Editor’s Choice Award.

Pick yours up at B&H, Adorama or Amazon.