The Building of A Homemade 4×5 Polaroid Camera 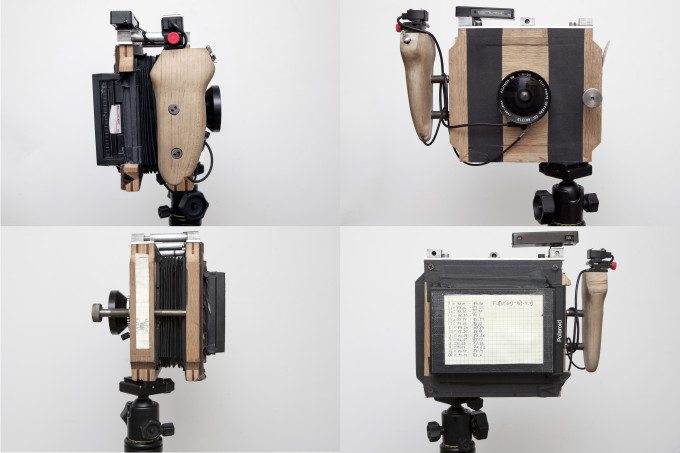 Photographer Lucus Landers recently graduated from Pratt Institute in the fall; and while there he worked with various mediums and processes in the photographic world. He’s a testament to the statement that if you give a photographer any camera, they’ll be able to create art with it after having worked in both the commercial and fine art world.

Yet Mr. Landers was inspired to create a camera of his own. With a natural curiosity for how things worked that started when he was a young lad, he later on started to tinker with his own devices. This DIY philosophy carried on into his photography interests, and he set out to create his own cameras. Indeed, he thinks there is no better satisfaction than shooting with a camera that you build yourself–further stating that he knows every little detail of that camera and completely understands how it works.

“The first one I built was a 4×5 monorail camera. I had never even shot a large format camera when I started working on it.” says Lucus. “By the time I was done I had an immense knowledge of the operations of the camera and the photographic process.” Lucus continued to state that building cameras is therapeutic for him and that he spends hours researching different processes and designs before stepping into a machine shop. There, he spends weeks trying different things and learning the tools. At other times, he needs to scrap projects and start all over.

Lucus loves the look and feel of large format cameras and the type of images they create; but they come with a caveat. Naturally, the larger the format, the tougher it is to work with. And indeed, Mr. Landers encountered this problem. “…They are so large and so complicated that taking a single image can take quite some time. This camera gives me most of the properties of a large format camera with few of the drawbacks.”

“This camera is a bit of a mash of different kinds of cameras. The front and rear frames are designed after a 4×5 monorail. The handle and flash is similar to that of a press camera.” says Mr. Landers on the 4×5 Instant camera that he created and talked to the Phoblographer about. “It operates similar to a Land Camera in that it uses instant film. But some features are unique.” Amongst the features, focusing is done through a lead screw running between the two frames of a rangefinder. Lucus turns the knob on the front of the camera to expand or contract the bellows–which in turn affects focusing. This changes the position of the lens in relation to the film plane. And since there is no viewfinder or ground glass, the focusing must be done using math–or otherwise by using the zone focusing system. So for example: “I use an external mechanical rangefinder to find the distance to the subject and then the above equation to determine how much separation there needs to be between the two frames.” says Lucus. However, he’s shot so much with the camera that he doesn’t need to use the equation anymore.

On the top of the camera is a telescoping guide-rod system he created to keep the frames parallel while also not adding too much weight. This replaces the sliding rail system found on most press cameras.

Beyond this, Lucus shoots with FP-100C, which is the only stable Instant film still manufactured for medium format cameras. “It also makes a black plastic sheet that most people just throw away. For me, it’s the opposite. I throw out most or the positives, or give them away to people on the street who ask about the camera. The black plastic sheet is the important part. I dry it and through an extraction process create a negative out of it.” says Lucus. “This negative can then be scanned giving me the full resolution and sharpness that the camera has to offer.” Mr. Landers continues to state that the process can be tough to work with.

“Sometimes I can lose half the negative through the extraction. Sometimes when I’m shooting outdoors, the sun will have strange effects on the negative. The colors will shift and the grain will grow larger if it gets more than a few seconds of exposure. The film is extremely delicate; the slightest mistake anywhere through the process will scratch or remove the emulsion. These are all effects that, at first, I hated but eventually learned to love and work into my work.” 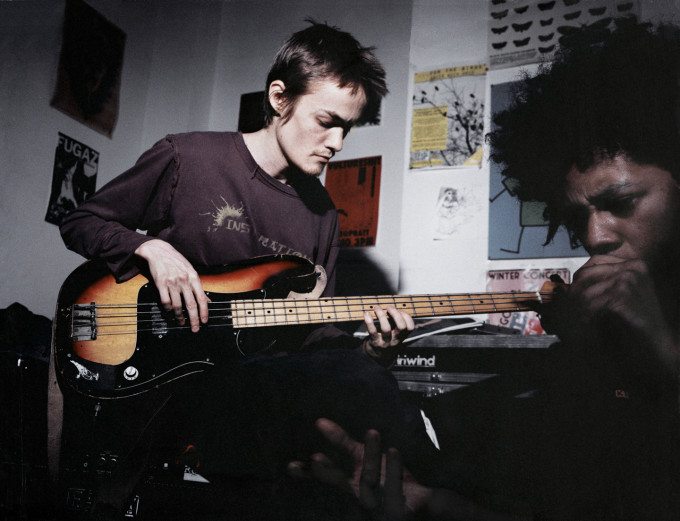 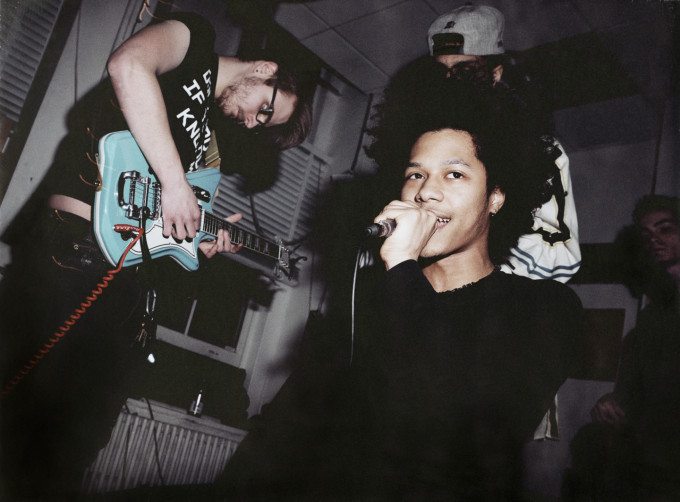 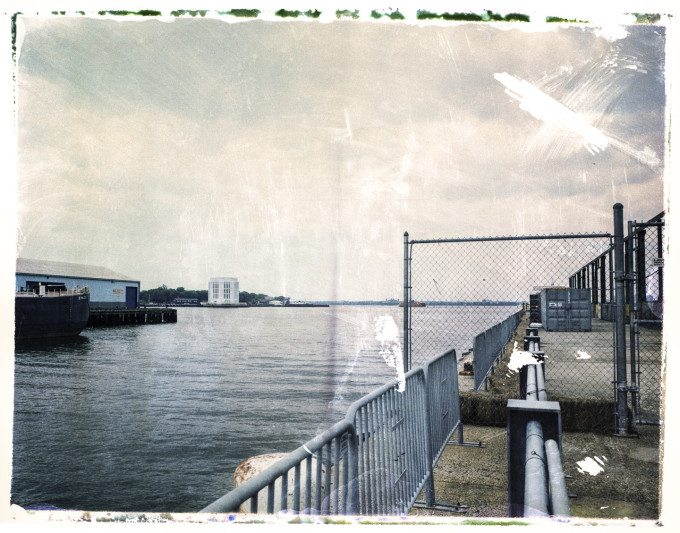 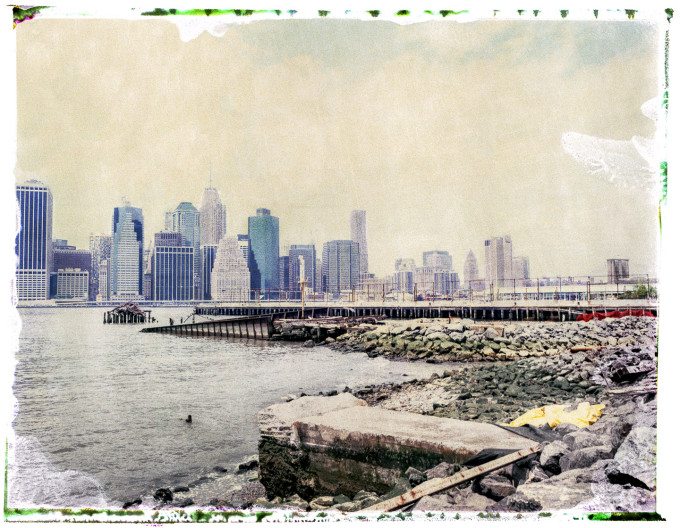 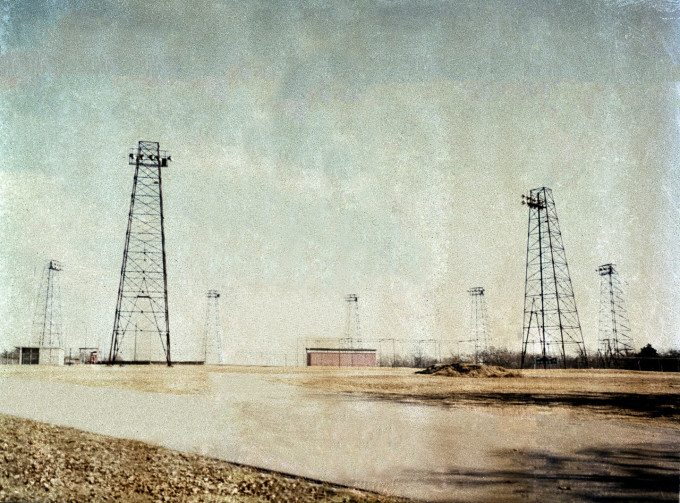 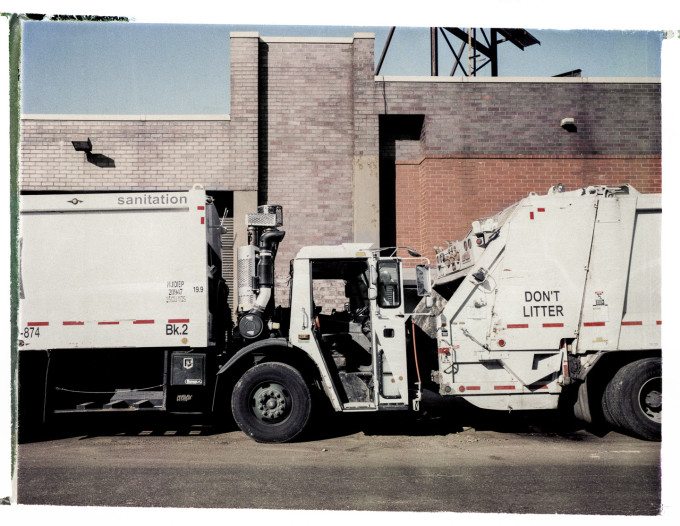 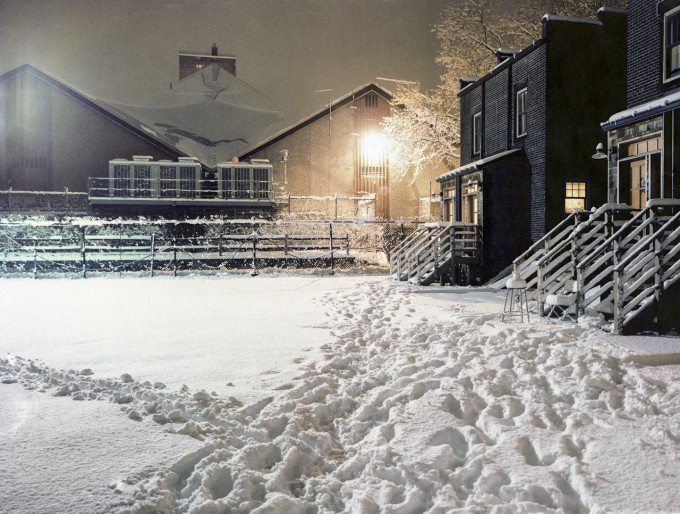