All photos taken by and used with permission from Darren Moore.

The beauty of Darren Moore‘s photographs is not in the capturing of fleeting moments, like with many others. It’s in the slow churning, the deliberate painting of light, in the patient waiting until the scenery is completely drawn and mirrored, with even the slightest of movements captured like ghosts floating across land or water.

This Surrey photographer’s haunting and transcending long exposures, as staggering as they are, only hint at the meticulous process behind their creation however. Aside from finding the perfect location and subject (which could be anything from old rotting wooden columns to castles to shipwrecks), getting the framing right, and determining the right exposure, according to Moore, who is as much a painter as he is a photographer, he also needs to set up his camera to take in less light since he mostly shoots in the daytime.

“Primarily working in Black & White, I specialise in a technique called ‘Daytime Long Exposure’ using Neutral Density (ND) filters attached to the lens. ND filters cut out the amount of light coming into the lens allowing the shutter to be left open for much longer than normal, capturing movement with an ethereal aesthetic.”

To top it off, he spends anywhere from 30 seconds to more than 15 minutes to shoot just a single image.

It’s these slow exposures that lend the unearthly quality to his photographs, such that when you look at them, it’s almost as if you’re walking into a parallel world, a mirror dimension where everything moves at the slowest pace imaginable and it’s just a little quieter and lonelier.

You can see more of Moore’s amazing work on his Flickr page but you can preview some of them here right after the jump. 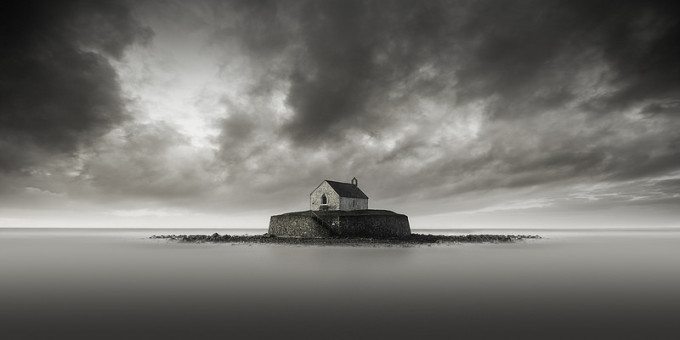