All photos taken by and used with permission from Gao Rongguo.

Twinning has long held a fascination for people for as long as we can remember, which is why identical twins or even doppelgangers make for favorite photography subjects (check out this series by Maria Zarazua or this one by Martin Schoeller or this doppelganger series by Francois Brunelle). Unlike many twin photography series where photographers usually emphasize the similarities, however, photographer Gao Rongguo of Beijing did something entirely different.

Gao knew three sets of twins growing up in China’s Shandong province and instead of regarding how much alike they are like most people, what struck him the most with them was how none of them followed the same fate or path in life as their twins. Inspired by that observation as well as his readings on philosophy and astrology, which promotes the idea that each of us were born with individual preconceived natures and fates, he started his identical twin series.

In the series, he features twins older than 50 years old, working on a Confucius theory that “when people reach their 50th, they would be acknowledged of their destiny”, and highlighting the obvious and the subtle differences between them – from their weight, height, and facial expressions down to the clothes they wear. It’s a retelling of how determined people are to follow their own paths, a poignant glimpse to and study of human nature and a person’s sense of individuality. 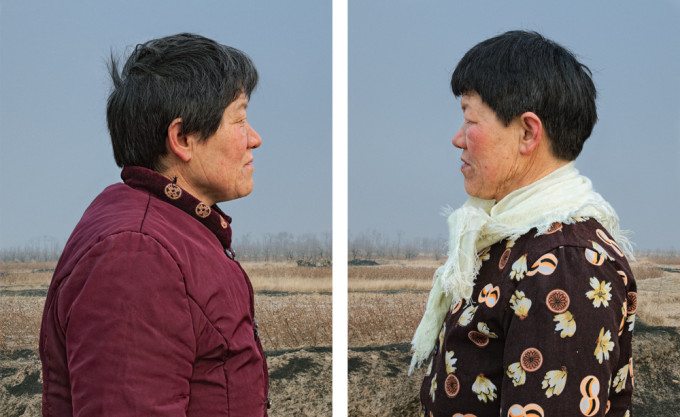