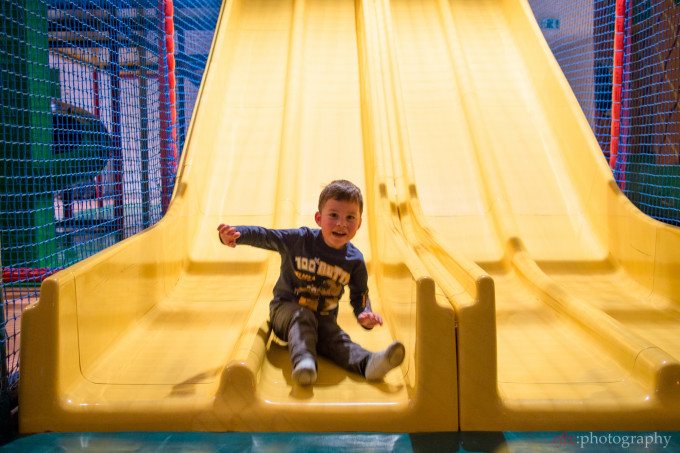 Taking pictures of fast-moving subjects can be difficult. Pre-focusing often helps a lot.

Taking images of fast moving subjects can be very difficult–and we’re using the term ‘fast moving’ very loosely here. A fast moving subject can be anything from a racing car coming your way at terminal velocity, to a snail trying to cross the street. Ultimately, what is fast depends on how quickly and how accurately your camera’s autofocus is able to lock on to a subject that is not holding still. Some cameras are better suited at this, while some have a hard time locking on to anything that moves only slightly.

This is one of the reasons why sports photographer usually go for high-end DSLRs, as these have the most elaborate and advanced AF systems. A very good AF system and a lens that is quick to focus are a necessity if you regularly take pictures of moving things, persons, or animals. But not every scenario that involves a subject on the move is as unpredictable as a tennis player pacing across the court. So for some situations, there is a simple but effective trick to work around your camera’s autofocus limitations: to pre-focus. On a rangefinder camera such as a Leica, pre-focusing is a breeze.

I learned how to pre-focus when I was using a Leica M8 as my main camera for almost three years. The M8 is a rangefinder camera, which means that it is almost entirely manual in operation. Most certainly, the camera doesn’t have autofocus. In addition to that, during the time that I had the M8, my kid was between ond and three years old, which meant he was moving a lot, he was moving unpredictably, and above all, he was moving quickly. The autofocus of my Olympus PEN E-P1 with the Lumix 20mm f1.7 lens attached definitely wasn’t up to the task, and trying to keep track of a toddler with a manual focus camera can be quite a challenge as well.

So whenever it was possible to predict where he was moving next, I would pre-focus th lens to that spot, and hit the shutter when he was occupying the spot I had focused on. Of course, I wasn’t always successful, even if my kid went in the very direction that I had predicted. In many cases, I was taking pictures indoors in dim light and at a wide aperture, which meant that even the slightest miscalculation would lead to the image being out of focus after all. So, in order to properly and succesfully pre-focus, here are the most importaint things to keep in mind:

With a manual lens, what you do is to simply focus it to a point of which you are certain your subject will pass by, and wait for it to approach. Most modern DSLRs don’t really work for manual focusing through the viewfinder, so it’s recommended to use live-view mode with magnification. The same goes for mirrorless cameras. On Canon DSLRs, you can uncouple the autofocus from the shutter button and focus by pressing the AF-ON button.

With an autofocus lens, you first need to uncouple the AF from the shutter button, or you will need to keep your finger very calm while waiting for your subject to arrive, so as not to accidentally press the shutter button down all the way. Most DSLRs and mirrorless cameras have an option to use either the AE/AF-L button or one of the function buttons for autofocus, and keep the shutter button reserved for metering and exposure.

If your camera lets you uncouple AF from the shutter button, what you do is to use the AF button (whichever one you programmed for AF) to focus on the point of which you are certain your subject will cross, and on most cameras then keep the button pressed. Reframe the image so that your subject will be included in the frame, and press the shutter button when the subject is in the correct position.

Pre-focusing might require a bit of trial-and-error at first, but with a little training you will soon become a master of this technique, and never miss a shot again. Okay, that was slightly exaggerated. But it’ll help you to capture moments that would otherwise be impossible to photograph due to the limitations of both conventional autofocus as well as manual focus.