Weekend Humor: Dear Beyoncé, Thank You For Banning Us 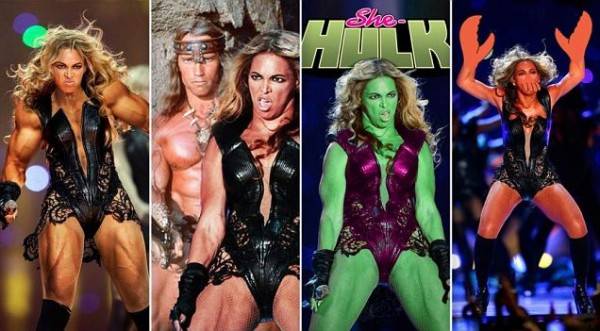 In a surprising, but not unwelcome decision, Beyoncé banned all professional photographers from future concerts in an attempt to prevent terrifically unflattering images from leaking into the public sphere. Lost in a deluge of remixes, the original image looked something like her attempt to go Super Saiyan, or something like it. She’s muscular. She’s fit. We get it. The ban elicited a massive shrug from the photography world. Many even thanked her as she seemed to uphold Kennedy’s dictum: Ask not what your photographer can do for you, but what you can do for your photographer.

In a few Twitter exchanges, concert photographer Jackson Bellamy expressed relief when he found out he wouldn’t have to cover Beyoncé’s next gig in Anaheim. “I don’t have to listen to her music ever again. The photography gods are good.” he wrote. Bellamy was preparing his kit for the Anaheim show when the call came in. Upon hearing that he and the rest of his ilk were now banned forever and always, Bellamy ran out onto the street and screamed “Thank you!” at the heavens. The last Beyoncé concert he shot proved particularly harrowing when the opening number and encore were extended versions of “Run the World (Girls)”.

Similar notes of gratitude poured out across the photography world. Many expressed thanks not to Beyoncé, but to the original photographer whose image poked the bear. “Whoever shot that image was a brilliant individual. My sanity is saved.” read one tweet. The three major camera companies tipped their hats to that photographer. Canon sent him a new 5D Mark III, Nikon sent him a D4, and Sony sent him an A99. Each company’s note was the same, “Please accept our thanks. We don’t want our photographers to suffer anymore.”

The bulk of Beyoncé’s concert images come from gritty, low-res images taken with iPhones and Android device. Most make it to Instagram before they make it to her website. At a recent gig, most of the photos taken by fans were of themselves in an apparent state of ecstasy as the pointed to Beyoncé in the background.

Some groups have formed on photography forums in which concert photographers have begun devising ways in which they can take unflattering images of performers they no longer want to photograph. Justin Bieber is at the top of everyone’s list.