Though, this shouldn’t really be called a nifty 50 lens, the size of it almost qualifies it as one. The Sony 50mm f1.4 is an extremely small lens with very good performance. Sony announced that it will be one of the first lenses to use their AF-D focusing system; which means that it can track a subject very well through a frame. At least for the moment, this seem to be a lens that every Sony photographer should have in their camera bag for the overall versatility and just how good the lens can actually be. Hopefully though, the newer version of the lens with Zeiss branding.

We spent a period of around a month with the lens, and here’s what we found.

– AF-D focusing system computability is very good, but could be faster

– A little too soft wide open

– Can have a noisy focusing motor

For this review, we used the Sony A99 and 50mm f1.4 with the Sony’s HVL-F60M flash. Additional gear included PocketWizard Plus III triggers and the Paul C Buff Einstein E640. Sony’s 50mm f1.4 is a tiny lens. It fits quite easily in the hand and has very little to it in terms of design. People with smaller hands will appreciate its size, and when attached to any camera it will become a small package that can easily be thrown into a bag. The lens even has a small front filter thread of 55mm. Though this seemed to make sense for many years, it would make much more sense if the front element and the lens itself was larger. After Sigma released their 50mm f1.4 with an extremely large front filter thread, it seems that the industry realized that they needed to make the 50mm much better overall. A feature that Sony must absolutely be commended on is the fact that there is a depth of field scale that actually works on the lens. It seems that the company really cared about people who would manually focus this lens; such as street photographers. It’s a nice touch, but really refreshing to see that a company actually cared about it.

Unlike other lenses, this one has no MF/AF switch. In order to do that, you’ll need to access the menus.

The overall build quality of the Sony 50mm f1.4 is very plastic-like. The finish is very smooth and even though the lens has a tiny bit of weight to it when held, i can’t make up for just how cheap the lens actually feels. If anything, it feels on par to Nikon’s new 50mm f1.8 G. For a lens over $400, it seems that the build quality would at least be a tad better.

One of the biggest peeves about the build quality is the lack of a true manual focusing ring. Instead, you’ll be moving the front element area like one would with a Canon 50mm f1.8. The Sony 50mm f1.4 has quite a loud focusing motor that sounds a bit like a weak meat grinder. However, it can be fast to focus on a subject as well. Many professionals and enthusiasts alike will have no real qualms with the speed; but it may be too much for a wedding ceremony. Luckily, Sony has an excellent MF mode that incorporates focusing peaking. However, the focusing ring on this lens is very small; so it is naturally due for an upgrade. This lens is pretty much as simple to use as a point and shoot. Due to the fact that there are no real external controls, that is what most people using this lens will be doing. However, when some control is needed such as switching to manual focusing, it would’ve been nice to see a switch on the side.

However, when it comes to street photography it was very nice of Sony to have put a depth of field scale on the lens. Though it looks nowhere as nice as other manufactures will create, it still is quite good and very functional. In fact, it’s all I did when shooting street photography with this lens. Sony’s 50mm f1.4 is a one of the first lenses that many potential Sony users would first look at due to the small size and the nature of the focal length. Many people are smitten with their 50mm lenses and indeed only stick to those. Indeed, the lens can deliver quite a bit of excellent image quality if the conditions are right.

A tiny bit of vignetting is noticeable until f5.6, in which case it then  virtually disappears.

The bokeh quality of this lens is also very good, and the blur almost looks a bit like a painting.

In general, we found that this lens delivered its best image quality at around f5.6. At this aperture, images were very sharp and resolved loads of detail. It proved itself more than good enough to meet the needs of professionals and amateurs alike; and can do so at a relatively affordable price point.

To take the best advantage of this lens though, we recommend adding specular highlights to bring out even more details in your subjects.

One of the remarkable traits of this lens is how well its sharpness was when it came to using the hyperfocal length style of shooting/zone focusing. As long as the shutter speed is high enough, the lens will still retain great sharpness all along the plane; although the creme de la creme is really towards the center.

Sometimes, you won’t even need any boosting of sharpness in Lightroom 4, though we would recommend this with any lens.

Color fringing on this lens was quite apparent when trying to shoot photos of text with the HVL-F60M flash bouncing off of the ceiling and behind us. However, it isn’t uncontrollable; and we’ve surely seen worse color fringing out there.

Once again though, we need to emphasize that this is easily reduced in Lightroom 4. Though Lightroom 4 has a lens profile for it, there is little to no distortion with the 50mm f1.4; and that is a godsend for everyone. In fact, there is only just a little bit around the corners.

Here are more image samples from the lens: 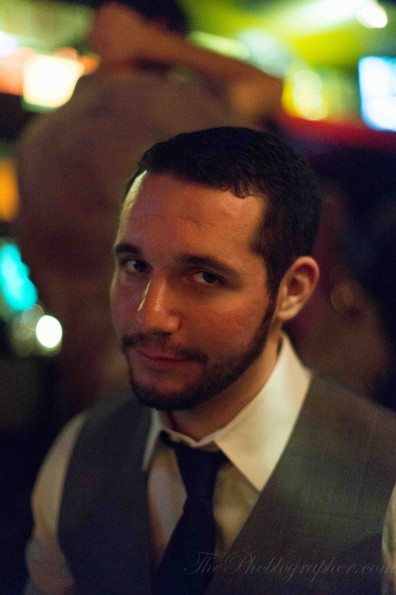 The Sony 50mm f1.4 isn’t a bad lens, but it is surely showing its age. The compact size may be very appealing to students and users with smaller hands; but otherwise one can see that this lens needed an upgrade. The image quality overall is very good, but could be better. For starters, it can be softer than we’d like wide open.

However, what Sony must be praised on it the fact that they included a working depth of field scale; this alone would make a street photographer want to switch. It’s a shame too because the autofocusing motor is quite noisy.

In the end though, we would recommend this lens to nearly anyone, but we would also recommend a price drop.