What Snowpocalypse Taught Me About My Photography

To end 2010, Mother Nature gave the North East Corridor of the United States its fourth blizzard. It was amusing to me because not many days earlier we posted 10 Winter Photography Tips That Everyone Should Know. The snow came thick and fast, blanketing the region. In New Jersey, where I live, a state of emergency was declared. I had to go to work anyway. It was an adventure and I got to put my photography skills and tricks to the test. My day started with low light shoveling. Then I did the commute to work, and then the commute home. Through all of this, I was capturing images.

All lenses were changed indoors.

Early on in the Fourth Snow Storm

It was predicted by the news organizations that that this storm was going to be interesting. The storm started to come through the region on Sunday, around noon for me. The falling snow built up quickly into a windy blizzard. All I could do was wait out the night, watch out of my windows as the snow limited visibility. I tried to knock down the snow and grab some quick images, but that was just silly of me. Even with protective gear, the weather was just inhospitable. I also made the wrong choice in lens. I should have used my Nikon 35mm f/1.8G

With notifications that I had to go work, I decided to get up early and shovel. We got about 20 inches of snow. It was light and fluffy and much like loose, cold, fine grain sand, and was drifting everywhere, but especially around my house. I had a 5-foot mound of snow outside my door. It took some time but I dug out my sidewalk and got on my way. I got a few shots in at this time, using the 50mm lens and this worked out OK. Time was not on my side, but as the sun came up, I took advantage of the light. I kept the camera dry with a large zip lock bag, but I eventually ended up ripping it.

The Commute to Work and Home.

That was an adventure. There was little life out with folks shoveling and doing little else. As I walked, I was taking pictures. Things got interesting as I moved towards the main road. The trains were running slowly. I got to the center of my town, and took lots of candid fun images of people milling about. The local bagel place managed to be open as well as one of the coffee establishments. When I got there, Newark was as messed up as everywhere else, but there was more life.  The commute home was about the same. I took my time and was very careful, for the most part. For this part of the day I had The Nikon D90 (without plastic bag which was ripped) Tamron AF28-200mm and the Black Rapid RS-7, they turned out to be a surprisingly great combo for the snow.

Another Reason Why I Love My D90

I am careful with my camera. However, while walking to the train station, I fell. Boom camera and I went into the snow. I got up quickly and got into the train station. I pulled out my cleaning gear and dried the camera. Within five minutes, I had the camera dry, and I was taking pictures again. Having the proper cleaning gear was useful but having a good camera was the best of all. Camera’s Like the Nikon D90 and now the Nikon D7000 are a great size and build quality for walking around in most conditions.

Are you on the United States East Coast? 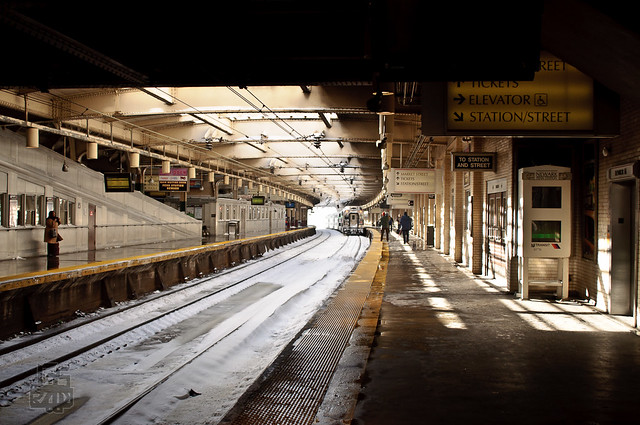 How did the storm treat you? Share your images with use on our flicker group, tag them with Snowpocalypse. Stay warm. Take good photos. Keep in touch. 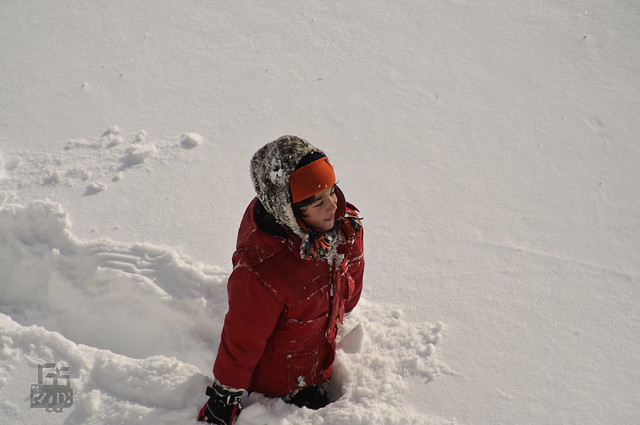 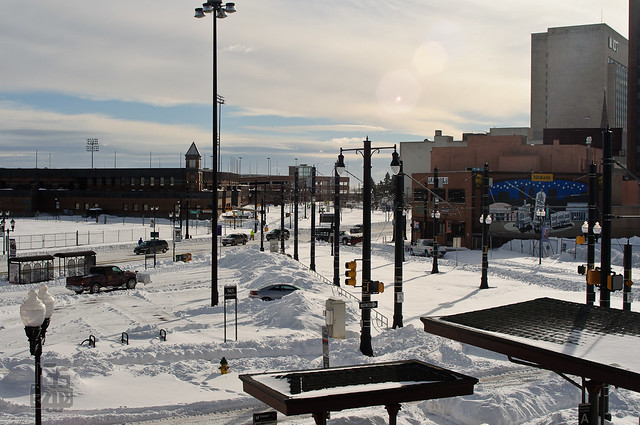 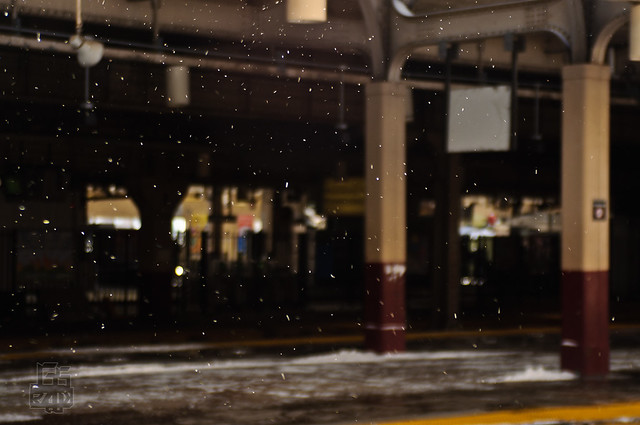