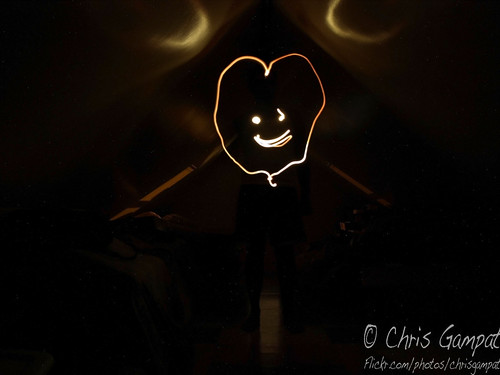 The opening photo was one of my first attempts at it. The technique works a lot easier in low light. The elements included in a Long Exposure photograph are simple. You have your stationary objects such as buildings, roads, basically scenery. You’ve got your stationary objects and your objects that are very brightly lit. Your brightly lit objects are the ones that leave light streaks across the image to create and paint designs such as in the image above. This is also what some might call Light Painting.

How you want to do this is you want to set your camera up on a tripod and have the camera facing a wall in a dark room.  Adjust the shutter speed to the desired setting. Look at your camera’s light meter for best results. What you are going to need now is a flash light, laser pointer, glow stick etc. 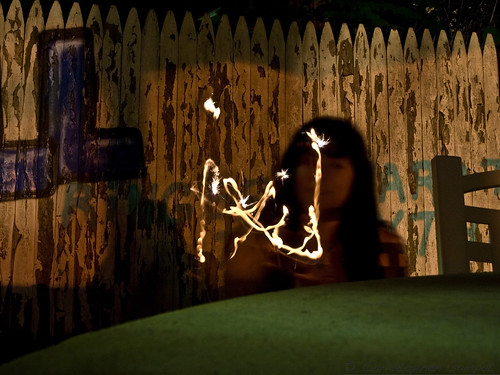 I would recommend a laser pointer or as in Chris’s photo above, a lighter. The reason for this is laser pointers come in various colors and are easily visible on a wall as opposed to a flash light which can up the entire wall. A laser pointer on the other hand has a more concentrated bean of light thus making it easier to draw or write. There are other ways of achieving a Long Exposure effect if you don’t feel like taking photos of the environment, or using a wall and a laser pointer.

This becomes a little bit more tricky because depending on what you want to write or draw with the laser pointer you need to adjust the shutter so you have enough time to make your creation. You get the hang of it though after a bit, as your able to start to gauge how long it takes you to draw or write. 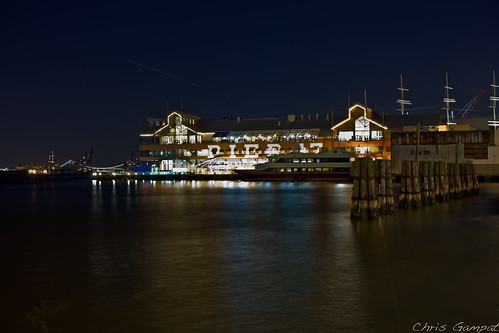 There are plenty of ways to achieve a Long Exposure effect using light and it can also help you capture motion such as the motion of waves in the photo above. You just have to be creative and inventive.  In the picture at the beginning of this article I was actually using my blackberry since it emits enough light to be seen.  I have also seen people use lighters which creates a very interesting effect so long the user doesn’t burn themselves in the process.