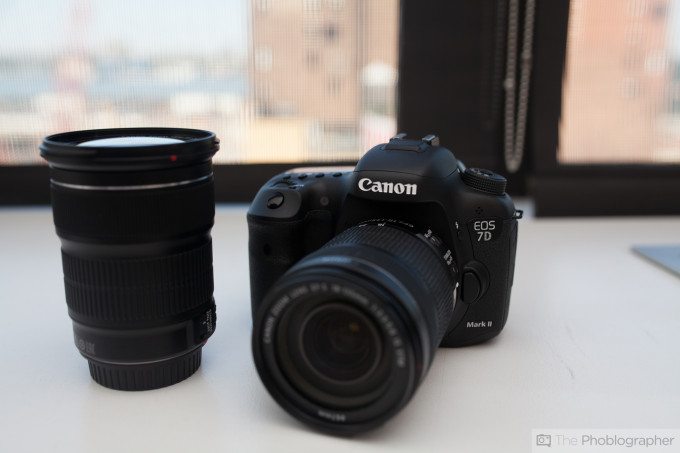 Word on the internet street says Canon is about to reveal a big new product that could be “the biggest change in the company’s history.“ Canon Watch received a tip that Canon could announce a new camera to replace its EOS 7D on August 18th. The camera company will purportedly forego the 7D Mark II follow up and instead introduce a completely new high-end DSLR.

Supposedly the camera could come with some never before seen technology on a Canon system including a Foveon sensor. Unlike the flat, multicolored filter grid of a Bayer sensor, Foveon sensors have a stacked arrangement of green, red and blue filters. The differently arranged Foveon sensor claims to absorb more of the color spectrum without lowering the sensors sensitivity.

Thus far, Foveon sensors have proven to resolve greenish-yellow tinted images during our test with the Sigma SD14 two years ago. Now Sigma is out with a chip that promises to out-resolve the Sony A7r and Nikon D800e, so perhaps we’ll see a similar if not the same imaging chip in Canon’s big, new camera.

Canon’s mystery DSLR could also come with hybrid viewfinder, which we’ve seen implemented on the Fujifilm X Pro 1 and X100S as well as the Leica M (Typ 240). If the rumors hold true, Canon’s next camera will be announced towards the end of August, showcased at Photokina 2014 to much fanfare, and finally be ready to ship in October.

It’s all sounds like exciting and tempting news and that’s precisely why we won’t believe a lick of it until the camera is actually announced.

The long fabled Canon 7D Mark II could make its first appearance at the World Cup in Brazil this summer. A new Canon Watch report claims that prototypes of Canon’s new prosumer APS-C camera will be given to select photographers at the world’s largest soccer (or football for everyone outside of the US) event this summer. It’s fairly common to see prototype cameras at big events, just last year the Nikon D4s and its first images appeared at the Sochi Olympics.

The original Canon 7D was largely designed as a fast burst firing sports camera and the same seems to true. After the camera proves it can keep up with the world’s quickest soccer athletes, the 7D Mark II will supposedly be officially announced this September at Photokina, finally ending the 5-year long wait. In the same amount of time we’ve heard so many early reports about the camera it almost feels real already.

From everything we’ve heard the camera could feature a 20MP sensor coupled with a 19-point phase detect autofocus system. To keep up with sports shooting the camera will be able to fire up to 8fps with a 15 RAW image buffer or 126 JPEGs. Additionally the camera could get a new 3.0″ 1040k touchscreen and optional Wi-Fi through an external module.

With these specs the Canon 7D Mark II should sit well between the 6D and 70D with a faster burst rate. It would also be perfect for sports and action photographers who can’t afford or don’t want to lug around the weight of a 1DX.

Hopefully we’ll see this camera at the World Cup and Photokina, but until then check out even more alleged specs for the Canon 7D Mark II.

END_OF_DOCUMENT_TOKEN_TO_BE_REPLACED The Canon 7D Mark II exists…according to Panasonic. EOS HD got their hands on a Panasonic GH4 media presentation comparing the 4K video capable shooter against its competition including the Olympus OMD EM1, Nikon D7100, and a “Canon 7D successor.”

Along with the curious mention of a supposed Canon 7D Mark II the listing included detailed specs down to the camera’s weight. Most importantly, though, the Mark II may feature a 20MP sensor paired with a 19 area phase detect auto-focus system. It could also shoot up to eight frames per across an ISO band of 100 to 12,800, extending all the way to ISO 25,600. The new Canon APS-C flagship is also said to feature a non-articulating 3.0″ 1040k dot touch screen LCD on the back.

EOS HD also remarks that the Canon 7D successor will have an optional Wi-Fi transmitter rather than having connectivity built in like the Canon 6D. Still there are a lot of unanswered hardware questions about this rumored camera. The Canon 7D Mark II will most likely also come with the dual-pixel system that lets the Canon 70D take incredible video, but will it also remove the anti-aliasing filter to keep up with the Nikon D7100?

As always these are still just early reports so we’ll take these with a grain of salt. But the fact that document mention specifics like weight and dimensions is quite interesting. Check out more specs after the break.