Useful Photography Tip #187: How to Remember What 120 Film You Were Shooting With Most Medium Format cameras don’t have some sort of window on the back of the camera that you can peer into; one of the many way that they differ from 35mm cameras. So then the question becomes how to remember what film you’ve got in that camera? Well, the answer varies but the most consistent one that you’ll find is that you should be using the little note holder on either the back of the camera or the film back depending on what you’re using.

Let’s say that I was shooting some Ilford Delta 400 in my Mamiya 6. What I’d do is take a little tab from the box that clearly notes what film it is and slip it into the little holder. This way, it will stay in place and when I go back to pick the camera up to shoot, I’ll remember that Ilford Delta 400 is in there.

Why not just finish the roll, you ask? Well, 120 film usually has less shots per roll vs 35mm film. Depending on the format, you could have something like 16 shots when shooting at the 645 forma or even 9 at the larger variants like 6×9 format. Because of this, you also tend to be much more heavily selective of your shots. You’ll switch camera backs between color and black and white as well if you’re using an SLR style of camera that allows you to do so. Just to note, a camera like the Pentax 67 won’t let you switch backs but the Mamiya RB67 Pros S will. Otherwise, there’s a possibility that you can go for some time without shooting images with that camera and back, and you’ll just forget that there’s film in there. You may also forget what film you put inside unless you’re the type to really stick to a few emulsions. Screenshot image from the Speed Magny 45 video by Doug Bardwell

From the 1960s to the 1980s, photographers who wanted to check their lighting or churn out images for very quick reportage had a secret weapon: the Speed Magny. This interesting contraption allowed them to produce Polaroid prints with their Nikon F cameras. While the entire setup looks rather bulky and awkward, it was still marketed as the “Instant” Nikon.

END_OF_DOCUMENT_TOKEN_TO_BE_REPLACED

Could Phase One Be Coming Out with a 100MP Medium Format Black and White Digital Back? 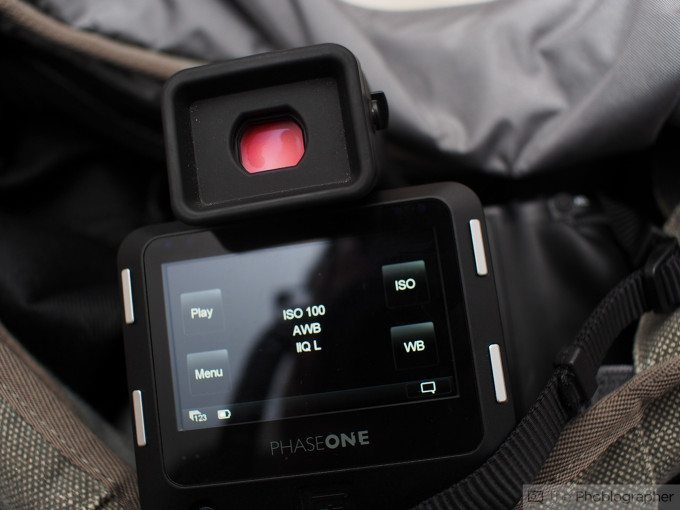 Hey La Noir Image subscribers, it’s time to really start to drool over the possibilities because there are hints of a Phase One black and white back in the air! We got a tip off from reader that perhaps a medium format 100MP Black and White digital back could be on its way from Phase One. The company has previously made apochromatic camera backs, which are essentially black and white camera sensors and that many photographers absolutely dream over.

END_OF_DOCUMENT_TOKEN_TO_BE_REPLACED With today’s announcement of the new Phase One camera system with 100MP, we also saw the price of $48,990. Quite the price, huh? That’s more than some folks make in a year.

645 format sensors have obviously become much better over the years, but what I was really curious about is how that will compare to film’s pricing. As we all know, 645 medium format film cameras can be had for pretty cheap. Then after that you need to shoot film, and consider the costs associated with it all.