The Leica M4: A Camera for the Thinking Photographer with Skill 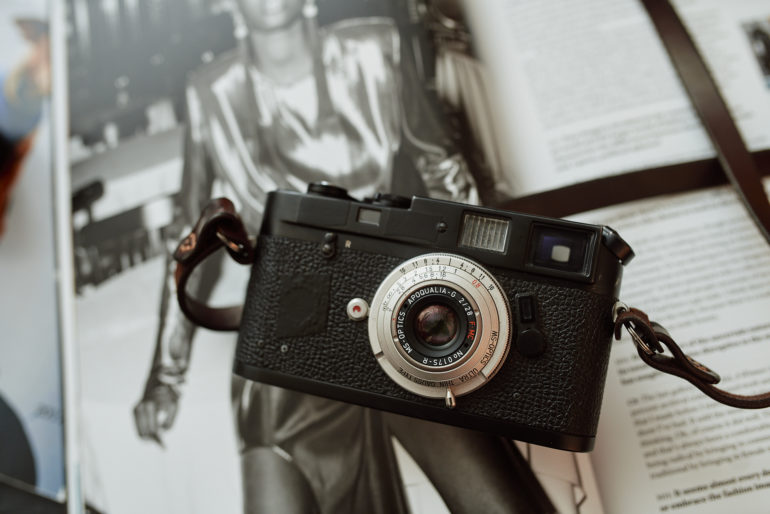 Leica was serious when they took pride in the M4 as a no-frills, no electronics, “think camera” for pro photographers.

Leica cameras have come to mean many things to photographers, but one model in particular was dubbed as the camera for the thinking photographer by the company itself. In a vintage print ad, the Leica M4 was marketed as the camera for pros who want to take full control of their camera settings and put their full creativity to work. None of those electronic functions like auto exposure and autofocus were included in the M4 — just pure photography skills at work. Of course, the all-mechanical Leica M4 remains one of the most coveted classic Leica models today, and perhaps this nostalgic ad tells us a little bit about the pride that goes into owning one.

When the Leica M4 was introduced in 1967, the photography industry was approaching the era of automation and improvements in design and light metering. Professional photographers had started to shift to pro-level SLR cameras like the enormously successful Nikon F. By the early 1970s, semi-automatic exposure cameras paved the way to SLR computerization becoming the norm. Still, this vintage camera ad tells us that Leica wanted to continue emphasizing the importance of taking full control of your own camera settings. If you’re a thinking photographer, you don’t need a camera that does the thinking for you.

“The think camera” statement was matched by the ad text which reads:

“This ‘pro’ doesn’t boast electronic circuitry… The Leica M4 is strictly for those of you who prefer to do your own thinking, your own creating. And as long as creativity can’t be computerized, we will continue to make it.”

So, the ad tells us that the strength of the Leica M4 lies not only in its sophisticated simplicity, but also in its versatility in the hands of the experienced and discerning photographer: one who thinks before they shoot and doesn’t need to rely on electronic indicators to nail their exposure and focus. This slant was seemingly backed up by the fact that the Leica M5, which came out in 1971, proved disappointing by Leica standards. It sold so poorly, despite “popular” advanced features like exposure metering, that Leica had to restart production of the M4 in 1975 and launch the updated M4-2 in 1977 and the M4-P in 1981.

Check out our Leica M4-P Review

However, this “thinking” slant didn’t persist for very long, as Leica eventually gave in and equipped the Leica M6 with a modern off-the-shutter light meter with no moving parts, as well as LED arrows in the viewfinder. Interestingly, it’s a little known fact that Leica also spent almost 20 years patenting a number of autofocus technologies and was actually the first company to build an autofocus system. This culminated in the Leitz Correfot, but that’s for another story.

While a good number of photographers continue to shoot with the Leica M4 today, the vintage ad reminds us of a time very much different from the way we take photos today. Due to innovations in camera technology, much of today’s generation of photographers never need to manually focus or exposure, even if these options have always been present. Still, those who want to see what it’s like to shoot with a “think camera” only have to master shooting in manual mode with or without a Leica M4!