Photographer Markus Hofstätter on Getting Into Wet Plate Photography 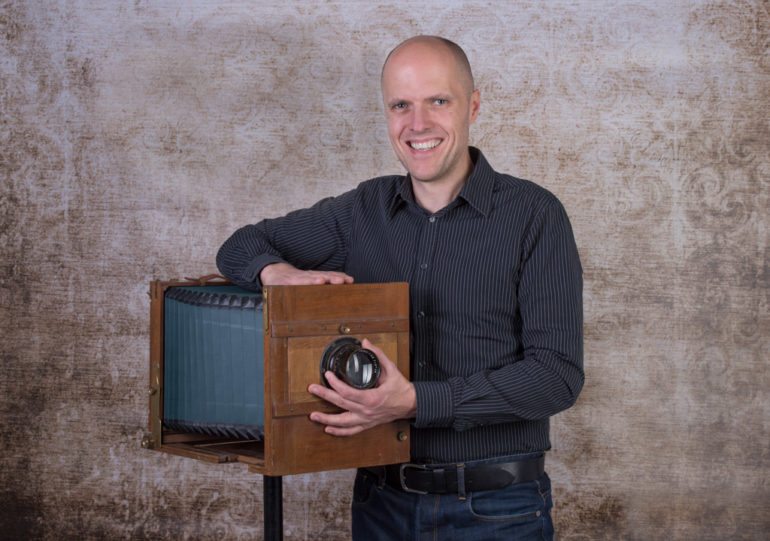 Markus Hofstätter has been shooting professionally since 2009. His work has graced the covers of magazines where he covered the billiards/pool  newspapers, websites, and a book. His work has allowed him to travel the world but even that wasn’t enough to satiate his creative appetite. Markus has reinvented himself throughout his career, first shooting digital and making the transition to analog photography and eventually working with wet plate photography.

We recently had the opportunity to catch up with Markus and talk to him about his Generations project. Phoblographer: Thank you for taking the time to chat with us. Can you tell us how you got into working with wet plate photography?

Markus: From about 2009 I shot pool tournaments, got invitations around the world. My pictures were in many magazines, newspapers, websites and a book, all around the world. Making too little, to go on with pool billiard photography, I focused on local businesses mainly portraits, events, weddings and virtual tours (360-degree pictures). About 4 years ago I figured, I’m missing something in my work. So I got very interested in analog photography. I bought a Mamiya 645E with an 80mm lens in the Vienna Leica store. Not really sure what I would do with it at the beginning. I just was trying out how far I can push my new medium. And then it came to my mind – I wanted to capture characters and unique faces. So I started to do Street Portraits. Starting in Vienna, then I moved on to many other countries (USA, Germany, Italy, Czech Republic, Sweden, Denmark and Slovakia). I mostly shoot one portrait on film and one digital. My next step was to do large format street portraits. I did that with my 4×5 Linhof Master Technika. This was another huge step; now we are talking about 20 to 30 minutes to take a portrait. One of my favorite portraits was done on the busiest places in Vienna – the Naschmarkt. People were passing by and it was as crazy as it can get for a portrait. With the Linhof in my hand and dealing with sheet film, the next step was obvious for me. I have to create my own film. So I started with a wet plate kit. Oh my ? my first images were just black and it took me a month to get that working. Finally, I was able to create clean 4×5 ambrotypes and tintypes.

Now I was obsessed with wet plate photography and after finding by accident a Reisekamera that could handle 30x40cm plates I was doomed 🙂 Handling that size of a plate is a real pain in the a. But eventually, I got that done too. Phoblographer: How did the Generations project come about?

Markus: With the help of Hensel Germany I took wet plates of the older generation and their grandchildren. Even an Austrian television channel (owned by Red Bull) did a documentary about my worked involved in this project. Just a little later another film crew contacted me to ask if I want to shoot a portrait of the great-grandchild and great-great-grandchild of our emperor (Kaiser Franz Joseph). We redid a photograph of Kaiser Franz in Cannes for another documentary. Linhof Master Technika with a 150mm and a 240mm Lens (for Portraits, wet plates and other work like the Hotrod shoot).

An old wooden Camera for 18x24cm wet plates (and film, but haven’t done it yet. Maybe for a future project). Phoblographer: Tell us how you use this gear to achieve your creative vision?

Markus: It’s not so easy to explain. The Canons are tools I know how to use if you wake me up at 3 in the morning without thinking. At a wedding they are a part of me, I don’t even think where to press a button, it is just like walking. They just do what I want. Why Canon? Because I started with this brand, could have been Nikon too but I started with Canon, that’s it. 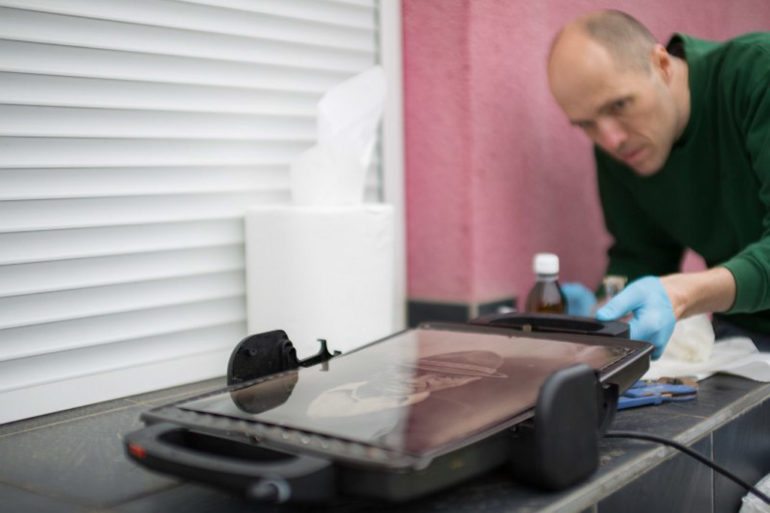 The Mamiya 645E has a lightmeter in it and is easy to use and pretty compact for a medium format camera. For portraits, I need an eye level viewfinder and the 645e has it.
The Pentax is just tiny compared to other SLRs and the viewfinder is huge (Ken Rockwell agreed here too). I can take it with the 50mm F1.4 all day long with me, without a trouble.

The Linhof is a great piece of gear, built to last forever. And also pretty small when folded, including the 150mm Lens.

Both of my wooden cameras are about 100 years old. Photographer Seidel from the Czech Republic used them back then. I had to repair and modify them to make them work for me. The Emil Bush lens, for example, was full of fungus. Shooting Wet Plates with this kind of gear is so inspiring. I rebuild them, do the chemicals by myself and expose the plates by myself. This is the purest way of photography; I do everything from the beginning until the varnished wet plate. Both of them are Reisekameras, that means I can fold them and put away with no trouble.

Markus is driven by his desire to capture the unique moments whether he’s on assignment or trying to capture the essence of his portrait subjects. Unlike the rushed process of digital photography, Markus’ wet plate photography requires every shot to be intentional and challenges him to make a meaningful connection to his subject. As Markus put it, “My desire is to capture something special and meaningful. Just being able to make people happy with unique moments captured and frozen in time.”