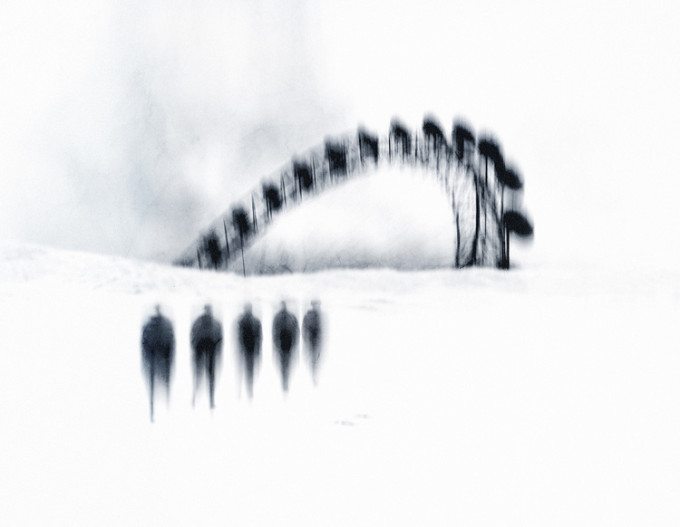 All photographs by Nicholas Goodden. Used with permission.

We all hope for a better and brighter future for our kids–a world without poverty, famine or violent conflict. But what if the future isn’t going to be what we envision – not better or worse, just something completely different?

In his futuristic conceptual series London 2313, London-based photographer Nicholas Goodden, whose Pixelated Series we recently featured, shows us a strange and dreamlike London, where bright white sand dunes have taken over the old city, burying its greatest and most important landmarks like nothing but old, discarded metal scraps and where people are scarce and alien-like.

Talking to The Phoblographer, Nicholas explains how his concept for this post-apocalyptic came to be:

“London in the future? It can be a little hard to imagine. Will we find a solution to the housing shortage and increasing house prices, will we eliminate the ever increasing pollution levels and live in an environmental friendly city? Or will everything go the other way? In this futuristic London urban photography project called “London 2313,” I present one possibility, open to interpretation.”

“This project came about as I was walking on a very wide and empty beach in Brittany. I was looking at the wide expanse of sand and dunes on a very grim day. London is never far in my thoughts and my brain did the juxtaposition of both. A sand covered city was born.”

Gray and grim but also surreal and very SciFi, London 2313 is an impressive work that presents a possible future that not many have had the courage to consider before.

See the photos from the incredible series after the jump.