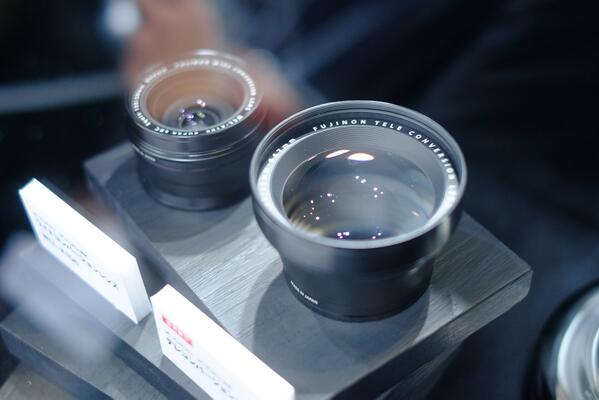 The CP+ show in Japan is in full swing and we’ve already got a couple of new camera lens add-ons for the ever-popular Fujifilm X100s. First up, a teleconverter that transforms the normally 35mm equivalent, 23mm f2 fixed lens into a 50mm piece of glass. The new attachment screws into the 62mm filter thread on the front of the prime lens and essentially acts as a focal length magnifier.

Details on the lens convertor are still sparse, but as DPReview reports it will come for a price of $300. The new lens attachment adds even more versatility to the fixed lens X100s and its older sibling, the Fujifilm X100. Previously, Fujifilm released a WCL-X100 wide-angle convertor, which transforms the 35mm equivalent lens into a wider 28mm. For a little less cheddar, Photojojo also has a vast array of lens convertors including a 2x convertor for $50.

Fujifilm also brought another little oddity for its X-mount series of cameras. Check it out after the break! Along with the conversion lens, DC Watch also spotted a X-mount body cap with an actual built-in lens. The slim piece of glass is specced to be a 24mm (35mm equivalent) f8 lens weighing as little as 32g.

Via DPReview and Photo Rumors