Some reviews require studio time. This is one of them. We are talking a look at Impact Cool Light IX Nine Lamp Fluorescent Flood Light and the lights of Impact EX100 Ultimate Creative Portrait Kit (120VAC). Euan Henry,  my photography mentor, hosted me and my friend John Perez at his place Red Cedar Studio in Philadelphia, Pa. Red Cedar Studio is a 4500 square foot studio, 4000 sq ft of shooting area split into two halves, the proper space needed to set up these lights and their light stands.

(Thanks to redcedarphotostudios.com for the Studio use and Video) 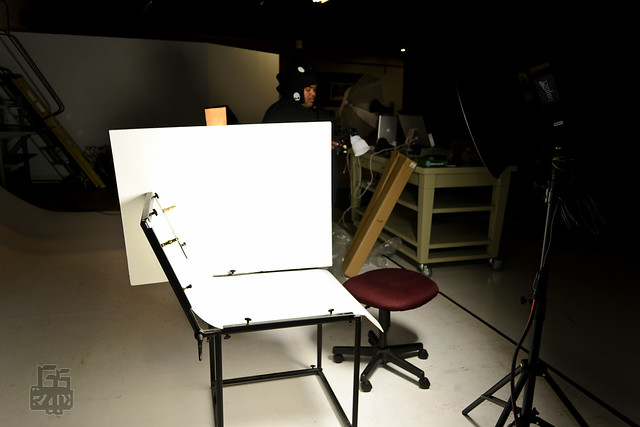 We tested this light first because it was the biggest and had the most parts. The set up was not hard. At first, it seemed like many components, but that was because of the nine 24 watt screw-in fluorescent bulbs. The kit can shoot at 270 Fluorescent Watts. It came with a 18.5″ Silver reflector, was dimmable by switches and convection cooled.

The light needs two people to set up safely. The light is not too heavy, but you do not want to take the chance of dropping it during set up. You want a person there to make sure the light stand is steady as you put the light on. The light that came off the Impact Cool Light IX Nine was nice. The unit was silent. It was daylight adjusted, bright, and even. One light lit up the entire area. The Cool Light IX was completely cool too. Little to no heat came off the kit. The 270 watt fluorescent (daylight) bulbs put out 13,500 lumens of light About as much light as a 900 watt tungsten fixture. This light is meant for a studio. Studio photographers would find the  Cool Light IX useful for portraits. Model shoots and Product photography. For the price the Cool Light IX is great. I am considering buying a set for my portrait photography. Theses lights are also great for video. This light stand was not heavy and easy to set up. It was great for the Impact Cool Light IX Nine Lamp Fluorescent Flood Light. It did the job it was supposed to steadily. The Impact Air Cushioned 8’ Light Stand it not expensive at all, ($32. 95 USD at B&H), which makes it really attractive. Photographers shooting with off camera flash, or strobes, in and out of a studio would find this light stand used 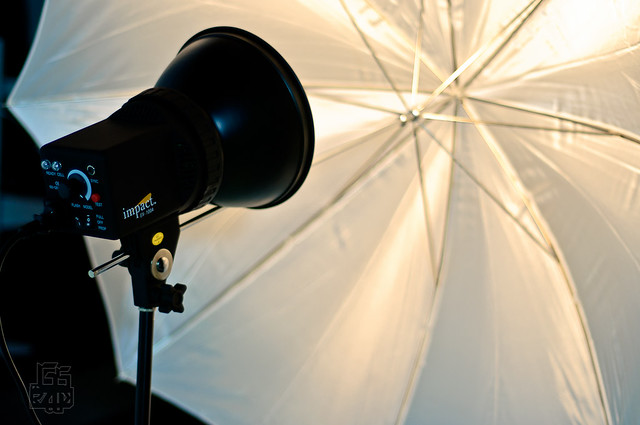 The other lighting gear we tested were  Impact One Monolight Kit – 100 Total Watt/Seconds (120VAC). I used one for a portrait shoot. The lights were part of the Chroma Key kit, which also came with Two Impact Air Cushioned 8’ Light Stand, Two 24×24″ Softboxes, One White 45”Umbrella, 5×7′ Chroma Green Screen Kit (green screen) and the software. Time did not permit the testing of the green screen.

The EX100 100Ws Monolights are a decent solution if you want to take the plunge into studio portraits. They were a little interesting to set up. The mounts were slightly loose outside the box. I would recommend an assistant or friend help setting them up. You would not want to ruin your investment by a slip of the hand. The Modeling light on the EX100 100Ws Monolights was weak but worked. I wish it could have been slightly brighter. The strobe was triggered by a sync cable or flash. The best quality light came from using the umbrella but the softbox was decent also. There was an annoying beep every time you triggered the EX100 100Ws Monolights and there was no way to turn it off or lower its volume.

This EX100 100Ws Monolights is good for people starting out with studio lights. The EX100 is great for portraits, and product, and for photography. The light is not huge and can be moved around for portable shoots. The price is at a good point therefore if a mistake is made with them will not hurt the pocket TOO much.