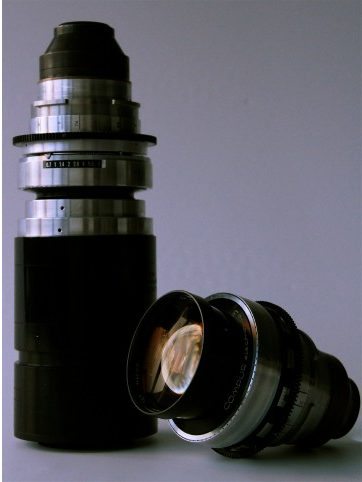 Kubrick had an eye unlike anyone else’s, as well as a thorough understanding of cameras. Cinematography ranked among his greatest skills as a filmmaker, and he achieved that, at least partially, through his equipment. The candlelit scenes in his 1975 film “Barry Lyndon” were shot using modified Carl Zeiss f0.7 lens that were developed for NASA who used them to take photos of the dark side of the moon. Kubrick needed a workaround in order to use them, so he got Ed DiGiulio, a former Mitchell camera executive and employee of Cinema Products Corporation, to modify those lenses to fit his Mitchell BNC. Because of the lenses’ unique mount, further modifications would be necessary for other filmmakers to use them, and P+S Technik, a German company, has managed that by fitting a PS-Cam X35 HD camera with a BNC-R lens mount. They now have a rental package available that includes two of those modified Zeiss lenses at 35mm and 50mm. A sample video of what these lenses can do is available here.

The price says “on request”, but I can only imagine how expensive it would be. But hey, aside from capturing beautiful footage, you’ll be able to say you shot with the lenses Kubrick used.