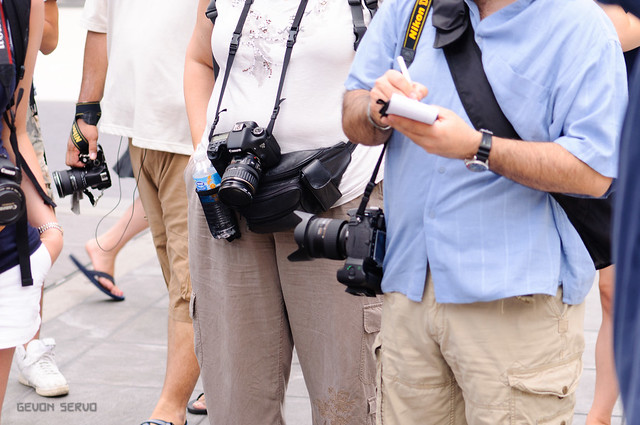 It was a dog day of summer, somewhere between 95 and 100 degrees on July 24, 2010. Scott Kelby’s Third Annual Worldwide Photo Walk, which could almost be considered a photographer’s holiday, was at hand. A bright, sunny, and brutal day for photography. Two of the things I carried while trying to keep the load light were the EasyTag GPS Device and Sigma 70-300mm f/4-5.6 DG APO Macro 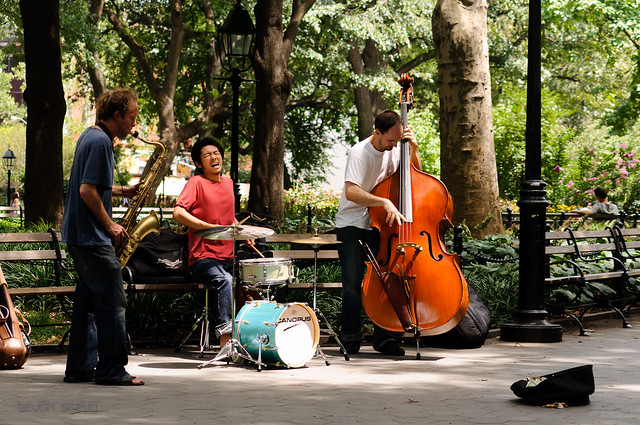 In the Deceptibarge (or my Bag)

In New York City, the EasyTag takes a long time to acquire a signal from the satellites. After it finally got signal, though, it worked flawlessly. Out of the 300+ images I took , around 10 images, from the beginning of my day, did not have geotags, and 5 of those images were from a restaurant.

On the Nikons, there are three ways you know you have signal. One is on the EasyTag, where you get a solid green light. If you are using a camera with a top LCD you will see a GPS icon appear, and after you take the shot you get a third image preview screen with the longitude, latitude etc. 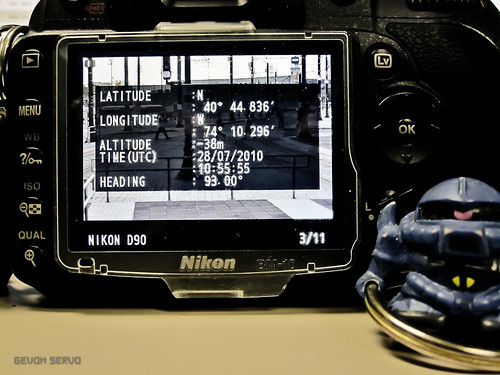 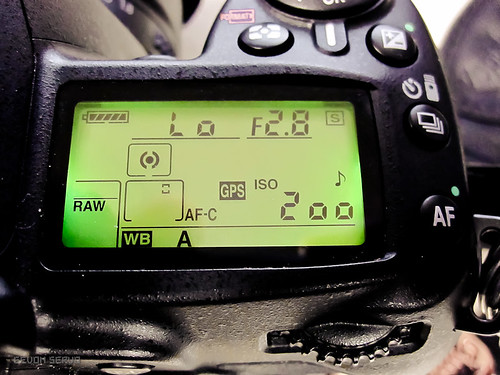 The EasyTag has a 10 hour battery life and when its USB charged battery runs out, it starts using the power from the camera’s battery. I’ve used it a few days straight, and I’ve noticed that the energy does drain a little faster after about the second day of shooting. 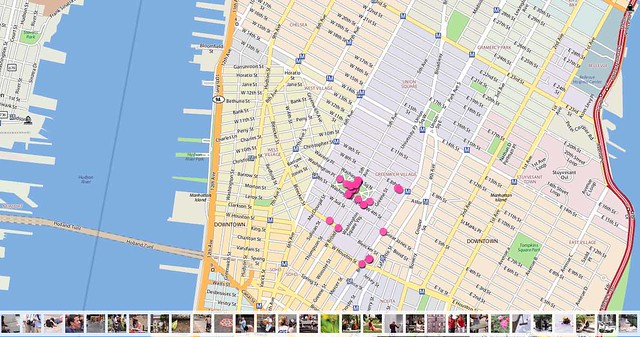 The lens worked flawlessly in the incredibly hot New York Sunlight. I shot with a Tiffen Polarizer filter on for sky shots. I also tested macro shots at all focal lengths. The random shots came out mostly sharp, unless I was moving too much. I shot in Aperture mode most of the day while varying the ISO to keep the speed up.

After about an 60 minutes in around 100 degree temperatures, the lens started to get heavy. After about 90 minutes, I switched to a smaller and lighter lens, the Nikon 50mm 1.8D. There were no other issues with the lens besides the weight after some time.

The Sigma 70-300mm F4-5.6 DG Macro is for those who keep some distance between them and their subject. On the World Wide Photo Walk the lens gave me the ability to get decent shots from a distance while being able to quickly switch to Macro Mode for those super close up shots or bokeh shots.

I like the Sigma 70-300mm F4-5.6 DG Macro best on photo walks so far. It’s incredibly versatile in that instance, and sunny clear days are why this lens was made. 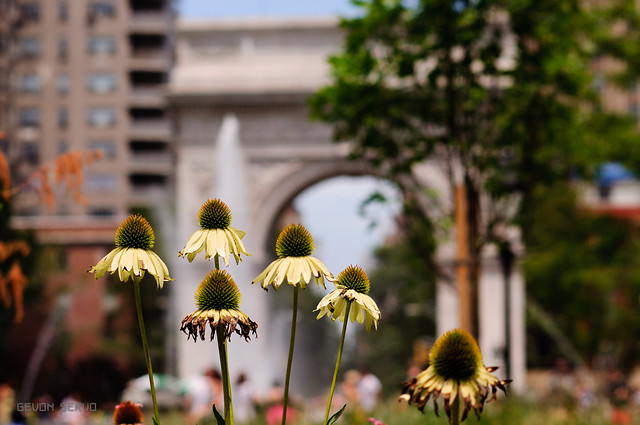 On the World Wide Photo Walk

The World wide Photo Walk, hosted by Scott Kelby , was made up of groups, which maxed out at 50 people, all around the world, all taking photos of their respective areas. Basically, it’s the biggest photography social of the year.

The part of the 3rd Annual Scott Kelby World Wide Photo Walk that I participated in was in Washington Square Park, New York City and the surrounding areas in Greenwich Village. This walk offered a fantastic chance to photograph eclectic New York. People, music, food, dog runs, buildings, history were all available to shoot and even more if you were creative. The harsh temperatures of the day made it a little difficult though.

I ended up shooting alone. Why the split? Our walk organizer Frank Veronsky made the decision that it was easier on the park. A few people freaked out with all the DSLR’s concentrated in one area. Also, there was some TV or Internet show shooting a music video and/or a piece on an artist. There were 30 plus photographers, not counting late comers. I think the heat kept people away.

After the walk, each participant is allowed to submit one image to the World Wide Photo Walk Contest. The deadline to submit was July 31 2010 and the top prize was awarded by Scott to the single best overall photo taken that day, from all the Photo Walk locations around the world. Scott also picked photos for 10 Honorable Mention prizes, and there was one People’s Choice award.

Next year, I will do the event again, I will choose a different location though. I will try to pick a Photo Walk in an area I’ve never been to. This year was totally exhausting but a lot of fun. 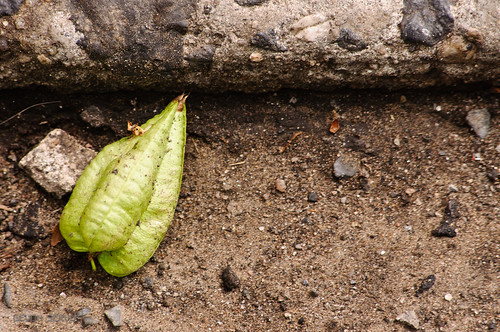 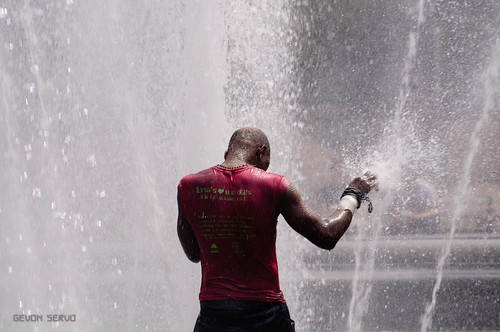 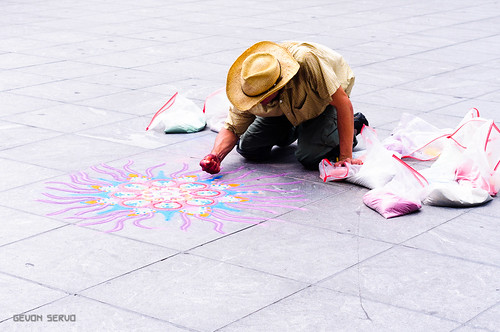 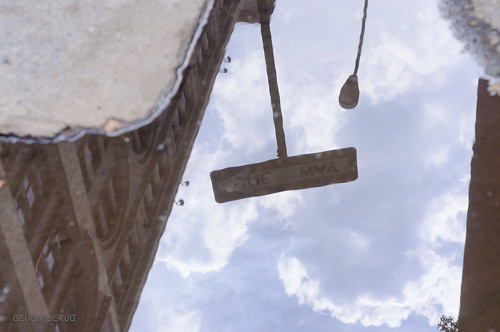