The Sony 12-24mm f4 G FE is designed to compete with the options from Sigma, Canon, etc. So why would Sony design a lens like this, you wonder? I wondered the same, exact thing–and then I saw it and held it in person. The Sony 12-24mm f4 G FE is incredibly small and for the first time, I’m very glad to say that Sony has made a zoom lens that doesn’t make me cringe in terms of size in relation to a mirrorless camera. It’s also go weather sealing built in though Sony says that it isn’t to the spec of the G Master series. 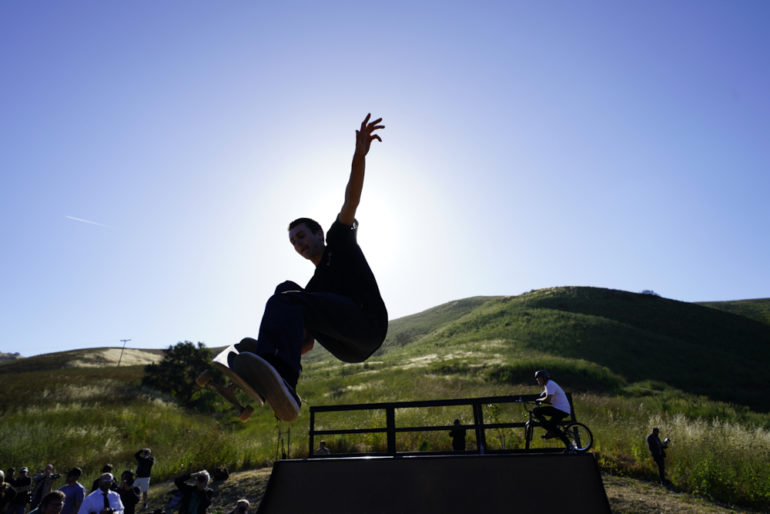 Specs taken from the Press release The Sony 12-24mm f4 G FE is characterized not only by its small size but also its controls.  When you look at the lens, you mostly see the zoom ring and the focusing ring. When you turn to the Sony 12-24mm f4 G FE you’ll spot the AF/MF control in addition to the focus hold button. Turn to the front of the Sony 12-24mm f4 G FE and what you’ll spot is the bulbous front element. In fact, the hood doesn’t come off and the lens cap goes on top. With the Sony 12-24mm f4 G FE, the company states that the weather sealing isn’t as durable as the G Master lineup. During one of our tests, horses were kicking up a lot of dirt and the lens shrugged it off. But again, my favorite thing about this lens is that it is so incredibly small and nice to hold in the hand. In fact, I’d mount it to the camera, carry it around all day, and it may never leave my camera.

Just like with other wide angle zooms, this lens is an autofocus wide angle zoom. So you’re essentially always going to get something in focus unless you’re focusing very closely and wide open. Lots of hobbyist photographers will seriously appreciate this lens.

So the autofocus: well, again it’s great. With the Sony a7r II and the Sony a9, the Sony 12-24mm f4 G FE focuses pretty quick. I didn’t get a chance to test it on the original Sony a7.

In terms of image quality, I really don’t have anything major to complain about again. I spent a few hours with the lens and the distortion, colors, etc are pretty nice. But like with the 16-35mm, I want more flare. So far, I’m liking the Sony 12-24mm f4 G FE. But I need to spend a whole lot more time with it to give a better evaluation. I really like the small size and though I’m finding the 16-35mm f2.8 to be sharper, I think that modern post processing can fix that in Capture One 10.