Japan Camera Hunter Street Pan is a near infrared film that when developed with Rodinal, does a really super contrasty job yet gets a lot of details from the right spots. We’re super excited that it’s coming in 120. This is a film that you seriously can’t get consistently with any sort of editing in digital photography.

“The film grain from Street Pan is very fine overall. It’s much finer than Tri-X and Delta 400. So if you’re a person that craves that super grainy look, then this may not be the 400 film for you. In fact, this is some of the finest grain that I’ve seen overall for a 400 speed black and white film.”

CineStill 50D is the finest grain color film on the market. It also has some absolutely fantastic colors. This is a respooled Kodak cinema film; and nothing in digital can touch it.

“CineStill 50D film is set and fixed to ISO 50, so you’ll need to shoot with lots of light. We recommend using diffused flash, lots of natural sunlight, or a lens that opens up really wide. In addition to that, you’ll need to realize that this film is also daylight balanced. For the record, most films are daylight balanced for shooting in direct sunlight (approx. 5000K). That means that when the sun starts to go down a bit or you’re shooting in overcast situations, you’ll need to use a slight warming filter to balance it out because the color temperature is cooler as a result.” We’re currently in the process of reviewing Lomography 200 slide film; but you should know that it’s basically designed for cross processing. However, if you’re brave enough, there indeed ways to tame it. This film is super saturated and super warm. When you’re in typical daylight settings, it’s just going to look warm.

There are ways around this though; and we’re still working on our review. But of course, this is another film that can’t be easily mimicked in digital. CineStill 800T is a tungsten balanced film. That means that in daylight, it will be very blue. But indoors or under tungsten lighting, it will look normalized. It’s a fantastic film and surely one of my favorites.

“Our film was developed by the great folks over at Lomography–who did an overall incredible job with the developing along with the scans. In the portrait to the left (and with any that are in a similar background/area) we put a flash right up against a window to enhance the natural light coming in. Then we used a handheld light meter and got the images we needed after ensuring that our lens’s aperture was perfectly metered.

CineStill 800T is incredible with skin tones and also very well detailed. The grain is very fine; you can see it at times but you’ll genuinely love the look. When a flash is used or you shoot in overcast lighting, the colors are very true to life. Skin tones are muted and a bit subdued while other colors are very spot on. What helps in this situation are Sigma’s excellent lenses, though for what it’s worth we don’t get any of that magical micro-contrast that we do when they’re attached to digital cameras.” 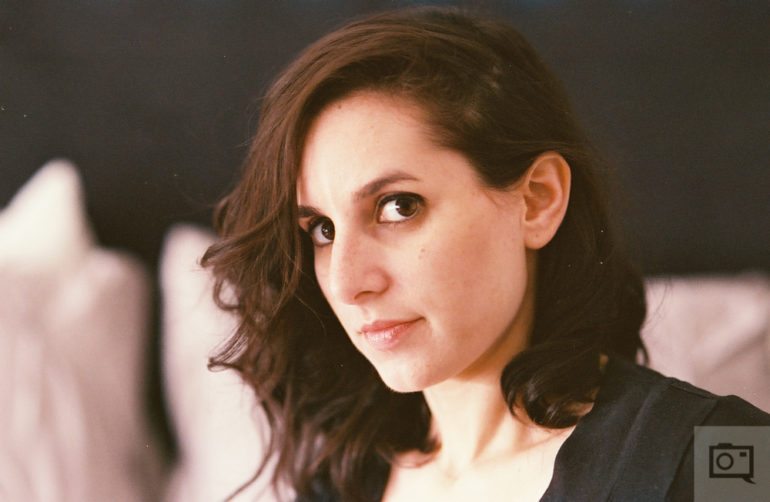 KONO! film is really quirky and different stuff, but in my experience it’s always very beautiful in its renditions. This is another Tungsten film and requires a lot of light. Like CineStill, it’s a cinema film that is respooled and designed for 35mm film shooting.

“Something that I really love about this film is how the skin tones look. This image was shot indoors with a flash going off and hitting a window which had a shade over it. It isn’t perfect, but it’s still really beautiful. I’ve achieved better portraits before with Tungsten film but for what it’s worth, this is still very nice.” Photo by Sai Mr. Used with a Creative Commons license.

I haven’t had the right opportunity to test our batches of Lomochrome Purple, but when you look around on the web at some of the images that have been made with it, you’ll be amazed at the type of work coming out. It’s all very trippy but gorgeous.